Finn Russell returns to Scotland line-up for clash against France 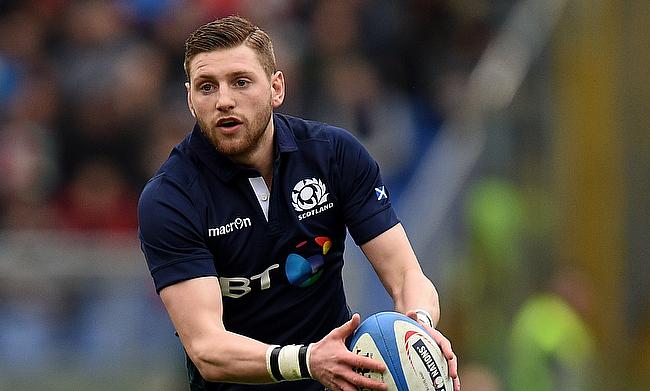 Scotland head coach Gregor Townsend has made four changes to the starting line-up for the rescheduled Six Nations game against France.

The original fixture was postponed due to a Covid-19 outbreak in the French squad and now the tournament deciding fixture will be played on Friday in Paris.

Finn Russell has recovered from a concussion to take the fly-half role with skipper Stuart Hogg moving back to fullback in the place of Sean Maitland, who was not available for the fixture due to the agreement between Six Nations and Premiership Rugby to allow only five players from English clubs for the game that falls outside the international window.

Duhan van der Merwe and Darcy Graham are retained at left and right wings respectively while the midfield sees a change with Huw Jones dropping to bench as Chris Harris joins Sam Johnson.

Ali Price returns at scrum-half forming half-back partnership with Russell while the final change comes at front row with George Turner being the preferred hooker over David Cherry, who joins the replacements list.

“The match against France provides us with an opportunity to finish the Six Nations in our highest position in its history," said Townsend.

“This is a great opportunity for us to take on France, at home in Paris, as they also look to end the championship on a high.

“Both teams have needed to manage a short six-day turnaround and we have used this week to regroup and focus on putting in our best performance of the competition so far, which we will need to deliver if we are to leave Paris with a victory.

“As a group we have faced several challenges throughout this Six Nations, it has brought us closer together, and I know the players are motivated and looking forward to representing their country again on Friday night.”