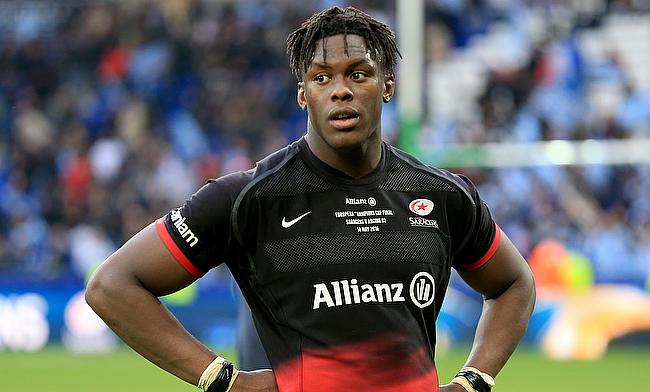 Saracens ran a 10-try riot as they trounced Bath Rugby 71-17 in the fifth round of the Gallagher Premiership at Recreation Ground on Sunday.

This is the fourth defeat for Bath from as many games as they are languishing at the bottom of the table while Saracens with the massive win have climbed to third position.

Saracens applied early pressure on the home side and forced a penalty goal which skipper Owen Farrell kicked in the third minute through the posts to get them to a 0-3 lead.

Three minutes later they got their first try as Alex Lozowski and Billy Vunipola combined to send Maro Itoje over the line and Farrell kicked the conversion to extend their lead to 0-10 which became 0-17 by the 16th minute with this time when Alex Goode sent a pass to Sean Maitland, who in turn released Max Malins over the line and the England captain once again was spot on with the conversion.

Saracens' dominance was clearly evident as they scored back to back tries in a span of two minutes leading to the half-hour mark as Jamie George powered his way over the line in the 28th minute at the back of a maul. A minute later it was Malins, who scored his second as he ran 50m clear and with Farrell kicking both the conversions Mark McCall's men extended their lead to 0-31.

The fifth try for the visitors came in the 38th minute when Goode's pass to Mako Vunipola looked forward but Ben Earl continued to push on to touchdown and at the stroke of break George crashed over for his second as Saracens scored 45 unanswered points in the opening half.

Bath finally managed to open their account in the 42nd minute when Tom de Glanville collected a wide pass from Sam Underhill to dot down with Danny Cipriani followed it with a conversion making it 7-45. There was no stopping Saracens as they stepped up the accelerator with Eroni Mawi crossing over in the 55th minute and Malins completed his hat-trick three minutes later.

Rotimi Segun also made an impact coming from the bench as he collected a pass from Vunipola to scored the ninth try in the 68th minute and shortly Dom Morris also went over after Maitland made a break as Saracens took their tally to 71 points. Even though late tries from Tom Ellis and Will Muir provided some consolation for Bath, Saracens completed a dominating 17-71 victory.