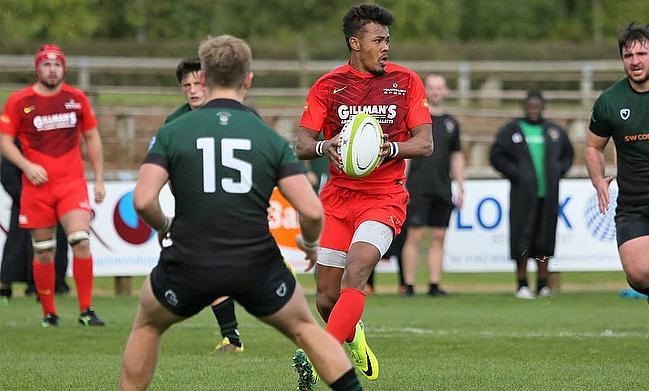 “Being good on the inside counts for absolutely f**k all.”

I stumbled upon this quote this week and for me, this statement rings true in most walks of life. I'll get back to this later…

Firstly, let me start by thanking Joe Harvey and TRU for giving me a platform to talk. I’ve never told anyone how to think or how to act nor have I ever wrote anything like this, but I think it's important for me to talk as a black lad from Liverpool, a black lad who plays rugby and ultimately, someone who has experienced racism personally and very closely in my life.

It might be awkward for people to read (its slightly awkward writing) or even tiring to speak about the same issue, but I’m proud to be writing this, somewhat after the dust has settled and black squares aren’t being posted on social media.

I think it's important to understand that everyone's experience with racism is different, and I hope this is the reason why there has been some objection to the BLM movement and is not just ignorance.

The sad truth is that racism is still here in this country, maybe not as clearly as in the USA at the moment, but it's still here. I know this for a fact. I have received racial abuse in my life but none of it compares to what happened to my cousin Anthony.

Anthony was murdered in a racial attack just 15 years ago. His murderers racially abused him and when he walked away, chased him and murdered him with an axe. By no means am I saying this is a regular occurrence but this is the reason I won’t stay quiet.

It’s really crazy because I don’t want to talk about this conversation. I think it’s boring… we have had it too many times, but the issue still hasn’t gone. I recently found a black and white picture of my auntie protesting in Liverpool in 1981 about the same thing we are talking about now.

First race riot in Liverpool you may ask? No. The first race protest/riot happened in 1919 in Liverpool and other seaports, that’s over 100 years ago. It baffles me that it’s the exact same topic to this day, the idea and answer is simple… equality. It’s not hard, but we can’t seem to all get it.

So much positivity has come from the media coverage and the protests in the last month or two and on the whole, it has been done in the right way, although I think it’s very important to not lose the essence of the message.

For me, violence and defamation are two of the easiest ways to flip a narrative and make a movement that’s positive and has the best intentions become tainted. With that being said, I’m not naive enough to think that peaceful protests and previous approaches would have got the same results as those now with the animosity. I think it shows the severity of the situation.

The Covid-19 pandemic has been a massive deterrent for arguments and I respect people’s opinions on that matter,  but unfortunately racism has been here well before this horrible virus and it sadly will still be here afterwards.

I understand the arguments of causing a second spike and I’m so grateful for the NHS and all of the essential workers (I have been volunteering at my local health centre for the last few months,) but I personally don’t think this is a topic that can wait, a message that can be sidelined, or a shout that can be silenced. I, and many others, who have protested may be called stupid and wrong, but sometimes doing something wrong leads to something right.

This is a picture of my Aunty Donna (middle) in 1981 protesting about the same issue people are protesting about now. It’s nearly 40 years since this photo was taken but the message is still the same ‘Black White Unite & Fight!’ We need to do better. We have an obligation to not let this issue be talked about in 40 years, like this picture is right now! We need Racism at all levels and in all countries to be eradicated! #BLM ???????????????

Somethings are more important than yourself.

Back to the quote earlier about being good on the inside doesn’t mean a thing… I believe that the majority of people in this country are not racist. I believe that wholeheartedly, but how many of those people are anti-racist? A lot less.

My personal situations with racism have been a lot better than many others, but that isn’t a reason to stay quiet and in many ways, that is my argument to the people who claim ‘we aren’t as racist as the US,’ or ‘police don’t kill people here’. This argument, although somewhat true, is laughable and shocks me that people are so clearly putting their own interests so far ahead of people who are being oppressed daily.

I’ve left the last paragraphs for rugby, the sport that is known for its inclusivity. Firstly, you can’t talk about anything race or social class without mentioning Ellis Genge.

His willingness to talk about topics, that many others wouldn’t, is admirable and I have huge respect for him. I think what we can say is as a sport, it’s almost unheard of to hear about racial abuse in games (compared to maybe football) but I think the problems in rugby disperse into two points; “banter” and “stereotypes or preconceptions”.

It's very tough in a sport that is known for its jovial nature and its banter culture to find a line, because sometimes that can be very blurry and unclear. It's obvious that certain things are inappropriate regardless of banter or jokes, but it's an important part of the game and its lazy of people and teammates to not find alternatives or other ways to joke and include their teammates.

I’ve received a few messages from past and present teammates about this exact point, and whilst I feel an apology wasn’t necessary as I know it wasn’t intentionally meant to be hurtful or offensive, I’m partly to blame for not challenging or saying more.

I believe it's important, as a sport and community, that we come together and support our players and live up to our tag as one of the most inclusive sports regardless of body shape, gender, race, sexuality or social class.

Honored to be named Champion of the Year by @peaceandsport & grateful for all those who supported me. As much as I love playing this game, inspiring the youth & impacting the community is of equal importance. Through sport we can truly change society. Thank u ???? @RocNationSports pic.twitter.com/eZSAuas7VE

I think back to last year, although through gritted teeth, when I smiled as Siya Kolisi lifted the World Cup, a man who had been through so much to get the opportunity to represent a country that had been previously divided for so long due to the topic of this conversation. That image shows everything good about our game and I hope it's not forgotten any time soon.

I started this by talking about being a good person. I think I am, I also feel like however little of a platform I have to speak, I have too, and urge others too as well.

Whether we agree or not, conversation is the catalyst for change for issues like these. All Lives Matter but just for now, let's focus on Black Lives Matter till racism, implicit or explicit, is gone from the game, the country and the world.