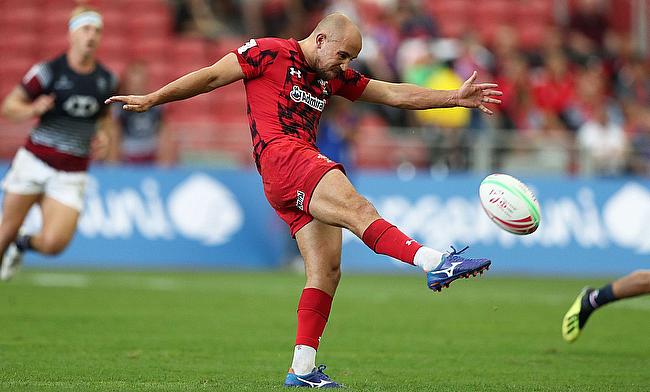 At the end of August, it was announced that the Welsh Rugby Union would be putting their sevens programme on pause.

Less than a year from the rescheduled 2021 Olympic Games, the financial impact of Covid-19 meant that the programme had to be scrapped for the ‘foreseeable future’.

It was an understandable decision and one far less definitive than the one in London some weeks prior. In recent years, Wales have not fared overly well on the series and they were placed 15th when the season was called off as a result of the global pandemic.

As much as World Series standings tell one story, the individual successes of the programme tell their own. Winners of the 2009 Sevens World Cup, the likes of Rhys Webb, Aled Brew and Richie Pugh were all present in that team and have achieved higher honours.

In more recent years, Lee Byrne, James Hook, Andy Powell and James Davies have been developed through the programme, with the latter part of  the Team GB Olympic squad that gathered a silver medal in Rio de Janeiro. Having been in Brazil himself as the 14th man, Wales captain, Luke Treharne says that the WRU kept him and his teammates up to date with their decision making process.

“We had the World Series cancelled, so we were put on furlough as most other people were and then we were having regular, once a month, once every two week chats just to be updated on the situation,” Treharne said.

“To be fair, they were pretty honest from the start. They were like; there is no World Series schedule. It was meant to start at the end of November, December and that they might look at closing the programme. We have known for a month or so, but it was obviously pretty disappointing just to actually hear after being involved for so long.”

The former University of Exeter student has been a Wales representative for much of the past decade and he has appeared two Commonwealth Games and at the 2018 World Cup in San Francisco.

One of seven core WRU sevens players, Treharne has been one of the steadier players on the Series for several years, a driving force for Wales. Like most nations, Wales use the income generated from home 15-a-side fixtures to keep their sevens programmes afloat.

With the Autumn Nations Cup quickly approaching, Wales will be playing several home games at the Parc y Scarlets in Llanelli due to the Principality Stadium’s use as a hospital. Added to this, not having any fans at the venues means that there will be a large hole in the union’s finances. Regardless, the other revenues created by such a large scale international competition could kickstart the Welsh sevens programme back to life.

“For us to be back in, full-time, once tournaments are confirmed, which doesn’t look like it will be until maybe March, April of next year, they’d then look at getting us back in once they start getting some income again," Treharne said. "All of the internationals, usually playing in the Autumn series, gets a large amount of money and that’s going to be reduced quite a bit, but we will be back in once the tournaments are confirmed.

“I think that’s one bit where we are slightly different to the English programme, they have stated they are keen to get the programme back up and running as soon as they can. Wherever that comes from, the money from the Autumn internationals or from World Rugby, they put more money in for the Olympic qualified countries. We will just have to see what happens there.”

Uncertain as to whether he will play much rugby at all next season, due to restrictions on club rugby, Treharne is primarily focusing on his fitness. To pass his time over lockdown, and now, until he is able to play sevens again, he and his brother Dai have been creating videos for the UR7s Academy to educate young players on the best ways to stay sharp with no rugby to play.

“We thought we would put together some videos, some training videos, fitness videos, for anybody that wanted to use them,” Treharne said. “They’re pretty much aimed at anybody that wants to have a go at some of the skills, wants to get a bit fitter or a bit quicker.

“I can’t see much in the way of quality rugby content out there for young, aspiring players to get hold of and that was kind of where we are going with it. It has just been good fun.”