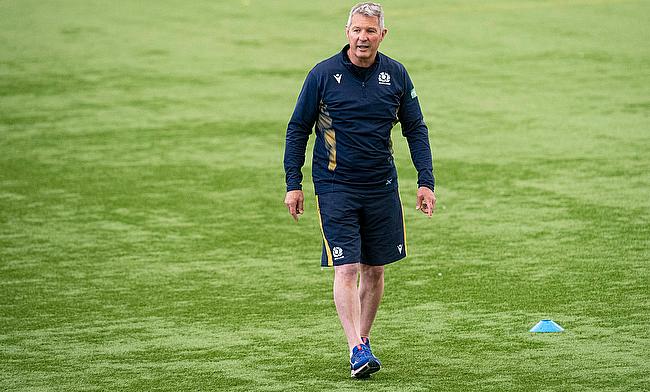 Trainee accountant Forbes not in Scotland squad to make up the numbers
Scotland include 17 uncapped players in squad for summer series
From Dumfries to the Rainbow Cup: Level-headed Currie out to make his mark
Darge has fond memories of facing England and now he wants another big high at Myreside

The last time the Scotland under-20 team played a match, most of us had never heard of the word furlough and it was still 10 days before the UK went into the first lockdown.

March 13, 2020 was the date when the Scots’ young bucks turned on the style to defeat Wales 52-17 to end that year’s age-grade Six Nations on a high.

A lot has changed in the rugby world and, of course, the world in general since then.

With seasons condensed and more internationals being played with the advent of the Autumn Nations Cup and the like, pro team squads have been squeezed to bursting point.

However, that has helped a lot of young Scottish talent progress to top-level rugby quicker than they might have anticipated. From the 23 who played in the aforementioned under-20s game, over half have represented Edinburgh Rugby, Glasgow Warriors and English top-flight clubs since then.

And players like Rufus McLean, Jack Blain, Ewan Ashman, Cameron Henderson and Rory Darge have now been named in the full Scotland squad for this summer’s fixtures and could earn their first caps in Romania and/or Georgia next month.

Nineteen-year-old Jamie Dobie is also in the 37-man party selected earlier this week by interim head coach Mike Blair and he undoubtedly would have played for the under-20s last year had he not had Glasgow Warriors commitments.

All of which means that although Scotland under-20 head coach Sean Lineen is missing players such as Dan Gamble, Gregor Brown, Jamie Campbell, Matthew Currie and Nathan Sweeney through injury and the still-eligible Dobie, he is feeling positive ahead of the upcoming age-grade Six Nations.

?????????????? Ritchie leads from the front@G_HMedia wraps up some of the key points from Scotland's squad for the summer Tests.

The delayed event is being held solely in Cardiff, at the Arms Park, from June 19 to July 13 and Lineen named his 32-man squad for the tournament on Thursday.

A lot of the players, including captain Alex Samuel from St Andrews who is now linked up with Stirling County/Glasgow Warriors, are a ‘year’ young for this age grade and have not played a lot of senior rugby because of the pandemic.

As a result, this event will be a big step up for them, but they will be available for another Six Nations cycle and then into a possible World Trophy tilt next summer so the next few weeks will be an invaluable experience for them.

And with every match set to be broadcast in each of the Six Nations territories either on terrestrial TV, national broadcaster streaming platforms or via Six Nations digital channels, Lineen is urging this group to put their hand up and make their mark.

“I’ve been really excited by the youngsters that have come through the under-20s from last year and it gives the current squad great motivation,” Lineen told TRU.

“Look at how important the under-20 programme is to the Scottish rugby development pathway - Rufus McLean, Jack Blain, Ewan Ashman, Cameron Henderson and Rory Darge are now in the Scotland squad along with Ross Thompson while Nathan Chamberlain, Matt Currie and others have all played pro rugby.

“I think it’s really good that the two senior academies [within Scottish Rugby] are now training full-time with the pro teams, accelerating their learning and getting them into good habits with their role models, which means they know they have to be up to speed.

“Being a country as small as ours, we have to have that cohesion. We have to have that joined up approach across the board and with some of our ‘older’ under-20s injured, it gives opportunities to some of the other youngsters to step forward.

“One thing I've noticed with this group is that they are full of energy, they want to get back and play rugby.

“It's really encouraging to see them running around and smacking into each other. We had to hold them back a bit in the [training] games [with England]. I'm really impressed by the players and the energy they have brought.”

Lineen talks of energy and it sounds like there is no one more enthusiastic in the group than scrum-half Murray Redpath, the former Sedbergh School player now at Newcastle University.

And we could once again be seeing a Redpath-Townsend half-back combination in Scotland colours with stand-off Christian Townsend also part of the squad heading for Wales.

Back in the 1990s and early 2000s, Bryan Redpath often wore nine for the full Scotland side with his good friend Gregor Townsend wearing 10.

Redpath won 60 caps with current Scotland head coach Townsend playing for his country 82 times and they last teamed up together in the key positions in 2003.

Now it is their sons who could be forming a partnership while of course Cameron Redpath, 21, has already played for Scotland.

“Murray and Christian are good young lads and, as you'd expect, they are very coachable and they know their rugby pretty well,” Lineen said. “I'm really looking forward to coaching them.

Scotland U20 Head Coach Sean Lineen says his team are raring to go ahead of the Under-20 Six Nations Championship, which gets underway later this month.

“Murray is a cheeky young lad, a bit like his Dad. He is clever and he has a real maturity about him. When he crosses the whitewash, there is a real competitor there.

“Christian studies the game well. He has a lovely pass on him and he has really grown into his role these last couple of months. He takes the ball to the line well.

“They are both young so they will both be in the under-20s next season as well.

“As for who their Dad’s are, we just pretend they are the same as the other players. They get the stick like everyone. They are down to earth and very coachable, just part of the 32-man squad. That's the way we look at it and that's the way it should be. They have got to earn their places just like the other 30.”

They will finish against Wales on July 13 (8pm).

Scotland squad for the under-20 Six Nations: