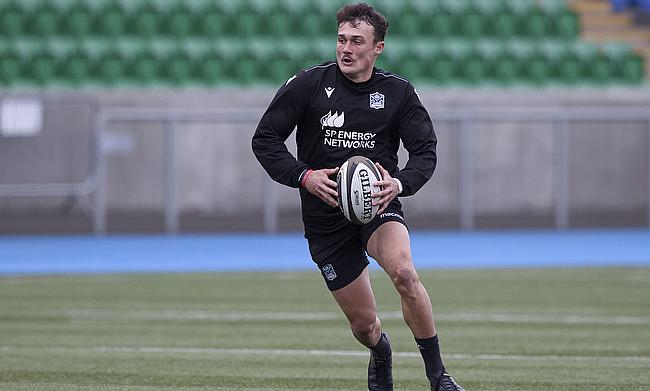 Scotland include 17 uncapped players in squad for summer series
Chris Fusaro Exclusive: “I shall never forget my days as a Warrior, but I am excited for the future now”
Former Scotland centre Alex Dunbar announces retirement
Steve Tandy says Scotland players 'have definitely put their hands up' for Lions selection

When interim Scotland head coach Mike Blair named his training squad for the summer on Tuesday, there was a lot of talk about numbers.

The big figure that jumped out was 17 because it is the number of uncapped players who have been selected in the 37-man group that will meet up in mid-June to prepare for an ‘A’ match against England and then Tests against Romania and Georgia, respectively.

The other statistics that sprung to mind were two; the number of players away on British and Irish Lions duty [eight] and the number of senior players who are either being rested or are injured [15].

And one of the 17 new boys, Glasgow Warriors’ back three player Cole Forbes, is used to thinking about numbers a lot.

After all, the 21-year-old is training to be an accountant and before he arrived in Scotland from New Zealand where he grew up, he was juggling his rugby commitments with working at KPMG on a placement from Waikato University and was putting in 40 hour weeks.

Our boys are ready for @Scotlandteam duty this summer ?? pic.twitter.com/Yw44NSOeU6

He thought he would only be in Scotland for three months, his trial period running from February to May, but he has done so well in the Guinness PRO14 and the Rainbow Cup that he has signed a multi-year deal to stay at Scotstoun.

Now the former New Zealand under-20 cap is within touching distance of representing the country of his Aberdonian grandfather’s birth and Blair told TRU: “Cole has just got something about him.

“You can see his raw physical attributes, but he seems to have a tendency of being in the right place at the right time. He reads the game well, he is strong under the high ball in terms of both receiving and chasing, he has all the attributes you need in a back three player. We have been really impressed by him.

“Another back three player we have brought in is Rufus McLean and he has had some time with us in the national camp.

“Since then, he has had a couple of great games and scored a sparkler [for Glasgow] against the Dragons at the Principality.

“This is another opportunity for him. He has game time with Glasgow and he can make the step up again. He has the talent and ability to do that and we are going to give him the platform to show us.”

Getting to know the new boys: “We’ve had our eye on Tuipulotu for quite some time”

With the likes of Stuart Hogg, Duhan van der Merwe, Darcy Graham and Sean Maitland unavailable this summer for various reasons, the back three is certainly an area of the Scotland team that will look different.

Three of the newer names to Scottish rugby fans are Tuipulotu, Auterac and Sebastian. They all qualify to play through family links and Blair is excited to have the trio involved.

“We’ve had our eye on Tuipulotu for quite some time,” Blair explains.

“He’s a really special player. I think he qualified to play for five countries. He’s got a grandmother from Glasgow and he’s really keen to play for Scotland. He made that clear with us a while ago. He can play centre and wing, and he’ll be someone who can be really important for us.

“Nick Auterac from Northampton, we’ve kept a keen eye on him. He is a strong, mobile prop, he’s got incredibly large biceps and he’s been on our radar for quite a bit.

“Javan Sebastian, you might know him from his time at Glasgow back in 2016. He ended up as player of the season for Ayr that year, went back to Scarlets and has done really well there. He is a really good scrummager and he moves well around the pitch for a big guy.”

New captain Ritchie: “He’s got an aura around him”

With so many experienced players not involved, back-row Jamie Ritchie has been named captain.

He has been around the top level for a while having signed for Edinburgh straight from school, but he is still just 24 and will be key in the coming weeks.

“Probably when Jamie first came on to the scene four or five seasons ago with Edinburgh, he was someone we immediately identified as having captaincy potential,” Blair said of his skipper.

“He’s got an aura around him and leads from the front, puts his head in places it shouldn’t be. He’s got a lot of respect from the players and he’s got a good rugby brain as well so he ticks a lot of the boxes.

“This was a natural progression for him and we’re delighted he’s going to be captain this summer for Scotland.”

The full group will convene on Tuesday, June 15 to prepare for the England ‘A’ fixture on June 27, with a smaller squad then travelling to Romania and Georgia for the two Test matches on July 10 and 17, respectively.

The size of the squad for the second part of the summer is likely to be around 29.