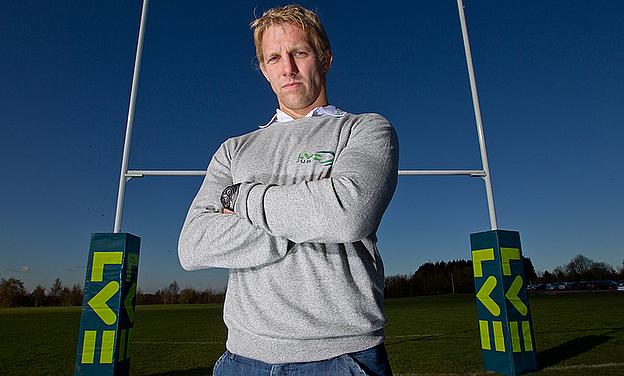 Lewis Moody shares his thoughts on the Semi Finals
©LVCup

Lewis Moody believes Bath Rugby's taste for silverware could be reignited in the LV= Cup this season, but the World Cup winner admits his former side face a tough semi-final test against near rivals Exeter Chiefs on Sunday.

Bath have been in dominant form of late, their 23-10 loss to Saracens at the weekend their first defeat at home all season. Prior to that reversal at the Rec on Friday night, the last time Bath had lost on their home patch was in their Amlin Cup quarter-final defeat to Stade Francais in March last season. Bath have put Exeter to the sword twice in that time and according to Moody the Chiefs face a monumental task in stopping their West Country rivals' recent charge.

For Moody - who made 13 appearances for Bath after moving from Leicester Tigers in 2010 - their recent upturn in fortune is not a false dawn. And the 35-year-old even suggests the Bath of 2014 resemble the team of two decades ago when they reigned supreme. But before they can announce their return to rugby's top table, silverware is in order and, after a 100 per cent record in the pool stage, former England captain Moody is backing Mike Ford's men to continue their march.

"It's a far cry from where they were a few years ago, Mike Ford and his staff have really brought the tenacity and belief in their own ability back," he said.

"Now I think they're returning somewhere near to the dominance they had in the late 80s and early 90s with their power up front.

"And even better, they're getting the ball into the backs' hands, linking through Peter Stringer and George Ford, who for me has been player of the season.

"It's the clash of the weekend - I may be slightly biased of course as an ex-player and I still have mates down there as well, but playing the way they are doing at home in particular I'll back them by 15 points, 25-10."

The carrot for the Chiefs is a final at Sandy Park and a chance to end their ten-game winless streak against Bath since promotion in 2010. And Moody points to converted hooker Luke Cowan-Dickie - who has made his mark in this year's LV= Cup including two tries in a 36-22 romp of Ospreys - as one to watch.

"My money is certainly on Bath but there's added incentive there for Exeter, with the final being at Sandy Park that would be a massive advantage for them to take it all the way," added Moody.

"The trouble for the Chiefs is their recent record against them and I will not sure if they can break it at the Rec.

"As a back-row there are certain areas of the game I look for in my forwards and the hunger and tenacity Luke Cowan-Dickie has shown so far has been tremendous.

"You need that trying to adapt to a different position, in this case from prop to hooker and you will see a lot more of him in the near future."

Northampton Saints may have defeated Saracens 41-20 earlier this season but Moody has ruled a repeat of that scoreline this Saturday in their LV= Cup semi-final. But he does believe Jim Mallinder's side have more fire in their bellies to take home the trophy.

He said: "I think Saints in particular will be hungry to win the whole thing.

"Last year they lost a Twickenham final, they've got to the final in Europe, and I think it's a massive game for them to show Jim Mallinder and Dorian West they can go on to win a trophy.

"They will be desperate to right those wrongs and if they don't want to be considered the nearly boys, this is the type of game they need to do it in."

Only a brave man would completely discount Saracens however and, should they get a game, Moody has tipped Mark McCall's old guard to make their case known.

He said: "I'm sure a wily old dog in Charlie Hodgson will give Saints some trouble and Richard Wigglesworth - he was called into the England squad last year and as he was never really involved - will always be wanting to prove a point.

"The Saracens squad are starting to age but they have some exciting talent coming through too."