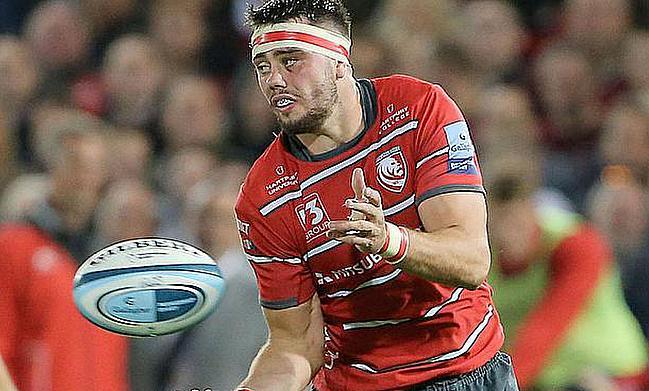 Take New Zealand for example. The All Blacks under Steve Hansen have been the dominant force on the international scene during this decade, highlighted by their back-to-back World Cup titles in 2011 and 2015. In football, the structure which Jurgen Klopp has provided Liverpool or Pep Guardiola at Manchester City has seen both sides pull away from the chasing pack in the Premier League.

In domestic rugby, Exeter Chiefs have seemingly struck the right chord under the stewardship of Rob Baxter whilst Gloucester looked like they were also on the right path with Johan Ackermann and David Humphreys at the helm following a Premiership play-off appearance last term.

However, sport is an uncertain business and the impact Covid-19 has had on the industry will have affected hundreds of clubs, and even teams in English rugby’s top-flight weren’t insusceptible to the coronavirus crisis.

At Leicester Tigers, their contract negotiations and financial situation was played out in the public eye, but at Kingsholm, the structure Gloucester had built seemed to be crumbling around them as Ackermann and Humphreys ended their respective tenures at the Cherry and Whites whilst a cluster of their squad also exited the club.

At a time where there were question marks hanging over the side, one of Gloucester’s more senior players, Lewis Ludlow, took it upon himself to reassure the fans.

Lots has happened over the last few weeks at @gloucesterrugby but as fans be assured that we still have a hugely talented and very hungry squad and the potential going forward is massive! The future is bright the future is ???? #glawsfamily

“It was hard enough for us as players when we kind of knew what was going on anyway,” Ludlow told TRU.

“The communication from the club was great, but I can’t imagine what it was like as a fan, seeing these things like one player going here and a coach going there. You would be sitting there thinking what the hell is going?! I think it was important for me, having being at the club for a long time now and knowing a lot of supporters personally, to get the message out there: ‘Don’t panic, the club will be stronger for this in the long-run.'”

It might be slightly extreme to call it a ‘repair job’ at Kingsholm, but a period of change and uncertainty will hopefully be put to one side when the Gallagher Premiership resumes this weekend.

The Cherry and Whites restart their campaign away to Worcester Warriors on Saturday, but they will be under the guidance of new head coach George Skivington.

The 37-year-old is the youngest boss in the top-flight after leaving his assistant’s post at London Irish to join Gloucester at the end of June. His move has caused controversy, though, as Irish have made a complaint to the Premiership relating to contacting personnel who is under contract at another club.

The mediation process around the move is ongoing, but it was a move which Ludlow, along with his fellow teammates, had a say in. In an interview following Skivington’s appointment, chief executive officer Lance Bradley admitted the squad were consulted before a new head coach was selected.

“The senior player group had discussed that for a while at Gloucester that we hadn’t had a coach that had been in the Premiership,” added Ludlow. “A lot of the discussions we had on Zoom were all 40 players. Obviously, Willi [Heniz] being the captain tends to lead those discussions but a lot of it has been done with all of us at one time.

“If we were in everyday in the club and these things were happening, there would be a lot of small conversations happening. There would be a lot of splinter groups and that type of thing. When you’re at home on your own, it is a lot harder to do it. To be fair, when you have got a big discussion on a group call like this, you tend to buy in, listen to what is going on and take your own thoughts away. I think it definitely helped. When we all came back, the discussions were done, the coaching group was in place.”

Skivington’s experience, both as a player and as a coach, in the top-flight was seemingly a tipping point for Gloucester and Ludlow revealed his new boss was quick to analyse where the Cherry and Whites could improve having faced the West Country outfit back in February.

The new head coach has also assembled a backroom team which includes Premiership experience with the likes of Alex King and Dom Wauldock shaping a new era for Gloucester, something which Ludlow, 25, is excited about.

He added: “I actually had a really good chat to him [Skivington]. He said he knew, as a team, that we were really fit and he knew we wouldn’t drop off towards the end of the game.

“He had noticed the ill-discipline and more just the fact that he wanted, the forwards in particular, just to be a bit more organised in terms of our mauling, pick and go shape; that type of thing.

“Going forward, it is understanding what our game play is for certain types of games. Sometimes you have just got to get out of your own half. It is one of those things that we have probably been guilty of in the past, trying to play too much and that is very much Gloucester’s style of play still and George doesn’t want to take that away, but it is more learning about when is the right time to do that.”

There is no doubt that the remaining nine fixtures in the Gallagher Premiership will see Gloucester continuing to adapt under Skivington as the club prepare to resume the season in ninth place.

The Cherry and Whites lost four matches on the spin before the lockdown period and whilst hopes of replicating last year’s top four finish could be out of reach, Ludlow is determined to see his side end a challenging campaign in a positive fashion.

“It is nice to see it [the return of the Premiership] on the horizon,” added Ludlow. “At the end of the day, we have still got nine Premiership games. It is massive. Yes, there has been a big break, but there’s still things to aim for. There’s still European places, top four places and as players, and I’m sure as coaching staff, we all want to be up there and finishing as high as possible.”