Leitch: 'I have been given loads of support and that has given me the opportunity to play for my country' 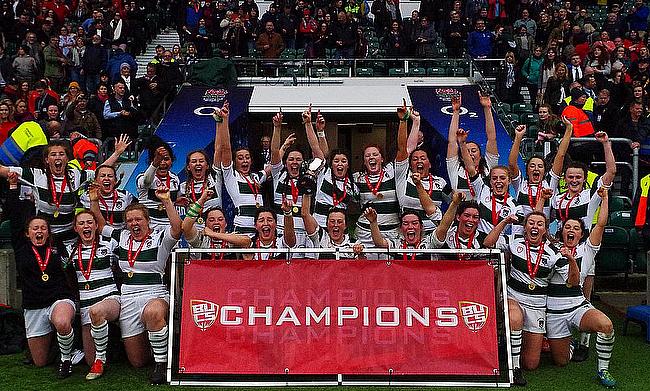 Exeter dominate Loughborough as they continue to close in on domestic title
'It is out of our control. All we have to do is focus on ourselves'
Bright future ahead for Strathclyde after announcement of Glasgow Warriors partnership
England Women name 35-member Elite Player Squad

As Poppy Leitch walked out of the tunnel at Castle Park, as a crowd of 4,674 welcomed the Red Roses to Yorkshire, the Bristol Bears back-row may well have taken a moment to reflect on the occasion.

Women’s rugby in England is on the up right now. After the Elite Player Squad was announced at the beginning of 2019, which includes 28 players on full-time professional contracts, Simon Middleton’s side have made a blistering start to their Six Nations campaign.

A thumping opening victory against Ireland was followed by a superb 41-26 win over current Grand Slam champions France in Doncaster just under two weeks ago. It was a game which was supposed to be England’s toughest test over the course of the championships, but instead, the Red Roses were ruthless and they have certainly delivered a statement on and off the pitch over the last two months.

Leitch was part of England’s success against France, but she is one of the players who has not been offered a full-time deal just yet. Nevertheless, the 21-year-old slotted into Middleton’s plans seamlessly after impressing for Bristol in the Tyrrells Premier 15s this term.

“I was really grateful to have the opportunity because I haven’t been involved with England for a couple of years,” says Leitch.

Bristol Bears duo Sarah Bern & Poppy Leitch have been named in England’s Women starting line up for their six-nations showdown with France in Doncaster on Sunday. Leitch (pictured below) has been called in to replace Marlie Packer. pic.twitter.com/kEd22E7ZHR

“Having not being involved for a while, I was really nervous about coming back into the squad. I didn’t have loads of friends! I didn’t have my group of people that I hang around with, but actually, everyone was really welcoming and friendly and the inclusiveness within the squad is so positive.

“I have been trying to get seen in the Tyrrells Premier 15s. I just want to keep working hard because I am not contracted so for my efforts to be recognised and then to be given another opportunity to play for my country, I was really grateful.”

Leitch’s modest nature is a recurring theme throughout our conversation over the phone. She will go on to praise the support she has received in her short career thus far and we also mention her continuous charity work - but first, back to France.

England’s recent win has sparked talk of a potential Grand Slam after only two games in the championships. Their first half display against Les Bleus was faultless and if they maintain their level of performance, the Red Roses have a real chance to begin the year by regaining their Six Nations crown.

Next up for England is a trip to Cardiff when they take on Wales on Sunday. The hosts are still without a victory in the tournament, but Leitch knows England cannot think past their next fixture.

“It [France] was a really big game for us, especially after having tight games against them in previous Six Nations,” Leitch says. “It was ‘Le Crunch’ and I think the buzz around camp led really nicely into the game because I think people were quietly confident. It was about executing everything we had done in training and delivering that onto the pitch and we did that.

“It does give us a lot of confidence going into the next game, but the thing with the Six Nations is, it is obviously game by game. We focused on Ireland, we went into France and now the focus is on Wales. It is about the next job and not looking at the final game and what that might lead to.”

We will wait to see if Leitch will be involved at Cardiff Arms Park this coming weekend, but in the meantime, she is focused on ending the season strongly with Bristol Bears. Leitch is into her fourth year with the club, whilst also combining her rugby with studies at the University of Exeter.

In the Men’s game, the pathway which university rugby offers for young players is becoming more viable as each year passes and the introduction of BUCS Super Rugby has aided that process.

On the Women’s side of things, it has been difficult, in the past, for girls to pursue rugby after gaining a degree, but now with full-time contracts and the accelerated development of the TP 15s, Leitch feels the game is heading in a positive direction.

“The Premiership is growing so much and that is so positive,” Leitch adds. “The game is becoming more competitive. It is great to see the Premiership sides like Worcester [Valkyries], Loughborough [Lightening] and Bristol making positive links to universities so people can be students and be professional rugby players in the Tyrrells Premiership.

“I can have an education at Exeter as well as playing at the highest level that I can with Bristol Bears. I am fortunate to have that support coming from two different, but really important directions for me.

“There is a lot of people I play with at university who have only just picked up the sport. They have come on leaps and bounds and actually, the support they now get given at university and just for women’s rugby on the whole is really positive. I have been given loads of support by the university and by Bristol Bears over the last four years and that has given me the opportunity to play for my country. I wouldn’t have done that without that support.”

The backing and guidance which Leitch alludes to has come from various different people during her career, none more so than from Exeter coach Jo Yapp.

Leitch was at the heart of Yapp’s side which clinched a dramatic win in the BUCS Championship final at Twickenham last year and having also worked with Yapp at England U20s level, her impact has certainly not escaped Leitch.

“I can’t thank Jo enough for the support she has given me over the past four years,” says Leitch who is currently completing her teacher training at Exeter.

“I probably see Jo the most out of anyone really!  She is one of the top coaches out there and she is probably one of the best coaches I have been fortunate enough to work alongside. I will miss her when I leave university and I am sure she will carry on inspiring the generations below me.”

Following her recent appearance for England, Leitch was straight back into university action last week as Exeter secured their eight victory in a row against rivals Hartpury University as they attempt to clinch the BUCS Premier South title.

For now, Leitch admits her immediate focus is on honing her skills at Bristol Bears as the back-row aims for another opportunity in an England shirt, but away from the field, she is also making her mark.

Later this year, Leitch will be taking part in three separate events as she aims to raise over £1,000 for the Rainbow Trust Children’s Charity, which she promoting across her social media.

“I have signed up for three charity events at the moment and more are coming!” Leitch adds. “I am doing a Muddy Dog challenge, a half marathon with my S&C coach and then I am doing ‘Brave the Shave’ in July, all raising money for Rainbow Trust which is a charity for children with terminal illness.

“I am finally going to shave my hair off! I have been saying I am going to do it for ages so now I have put it online, I have to do it!

“As for rugby, I am trying to be really realistic about my aims and actually, if I play really well for my club, then I will get recognised by England. I have got a bit of time off now the Six Nations is going on to fine tune some of my own skills like my breakdown work and stuff like that.

“I will carry on with my university rugby, but I am really going to focus on getting my individual work done and staying on the right path because if I do get called back into the England squad, it means I haven’t fallen behind.”