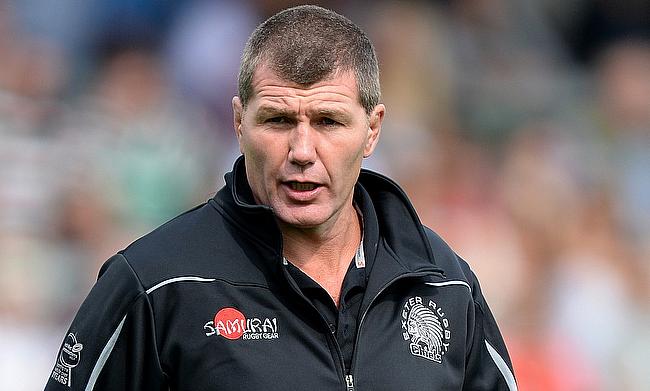 Match Centre: Exeter Chiefs 19-12 Sale Sharks
The past, the present and the future - Exeter University is a proven pathway for success

Exeter Chiefs have announced that Jack Dunne and Rory O’Loughlin will be joining the Gallagher Premiership club ahead of the 2022/23 season.

A former Ireland Under 20 international and a product of Leinster Academy, the 23-year-old made his senior debut with the club in 2019 but Covid outbreak combined with a knee injury restricted his involvement with the Irish province.

Meanwhile, O'Loughlin made his debut for Leinster in 2016 when he came off the bench in the sides opening 2016–17 Pro12 20–8 victory against Treviso and has gone on to play close to 100 times for the club scoring 21 tries in the process.

He also enjoyed four domestic league titles, as well as the Heineken Champions Cup in 2018 with the province and also had made a solitary Test appearance for Ireland in 2017.

Exeter Chiefs director of rugby Rob Baxter is delighted to have the services of both Dunne and O’Loughlin.

“People will be aware that we have lost a few players for next season, so we’ve been into the market and we’ve moved very quickly to get Jack and Rory on board," said Baxter to the club's official website.

“Jack, as soon as I looked at clips of him impressed me a lot. He’s a big guy, but he’s a big guy who can really move. He’s young, the right age, and everything I saw in the clips I liked.

"Meeting him here at Sandy Park doing his medical was good. He has had a relatively significant injury in recent times, so if people have been looking to him playing over the last 12 months, he’s not had a huge amount of game time.

"That said, he’s back now and playing for Leinster, so he coming through things".

Exeter Chiefs are positioned fourth in the Gallagher Premiership table with 11 wins from 18 games.