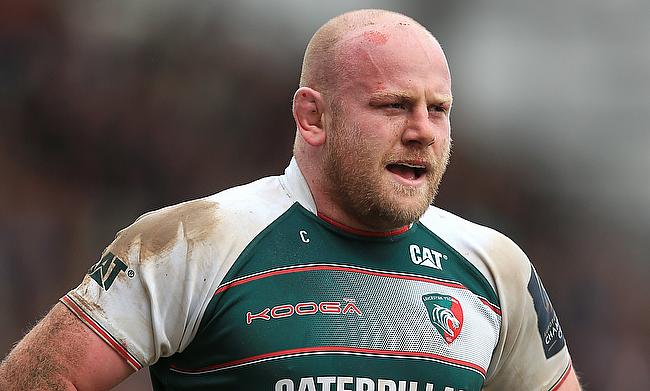 Dan Cole has made 253 senior appearances for Leicester Tigers
©PA

A product of Leicester Academy, Cole made his senior debut in 2007 and has gone on to make 253 appearances including 183 games in the Premiership.

Coles made his England debut in 2010 and has gone on to play 95 Tests for the red rose team apart from another three for the British and Irish Lions that came during the 2013 tour of Australia.

“It was an easy decision for me, Leicester Tigers is my club and I want to be a part of what is being built here at the club under Steve," he told the official website of the club.

“We have got a great group of players, with a good mix of us more experienced guys and really exciting youngsters making their way in the game, as well as players from all over the world who have bought in to what we are about at Tigers.

“I am very proud of what I have achieved in a Leicester Tigers shirt and confident that there is much more to come from this group on this journey.”

Meanwhile, Nadolo joined the Tigers in 2020 and has made nine appearances for the club scoring five tries. He has made 30 Test appearances for Fiji including three games in the 2015 World Cup. The 33-year-old also represented Bourgoin, Exeter Chiefs, NEC Green Rockets and Montpellier in the past.

“The direction this club is heading in is something I want to be a part of,” said Nadolo.

“I feel blessed to be a part of Tigers and blessed to have had the faith Steve has shown in me and I am excited for what the future holds here at the club.

“We want to be a club that wins things and we know that isn’t going to happen overnight, it’s going to take time, and I feel I can contribute to that.

“What excites me a lot is that, even after all the hurdles we have had to overcome through COVID, everyone has just got on with the job and there is a no-nonsense approach; you are either in or you’re out."