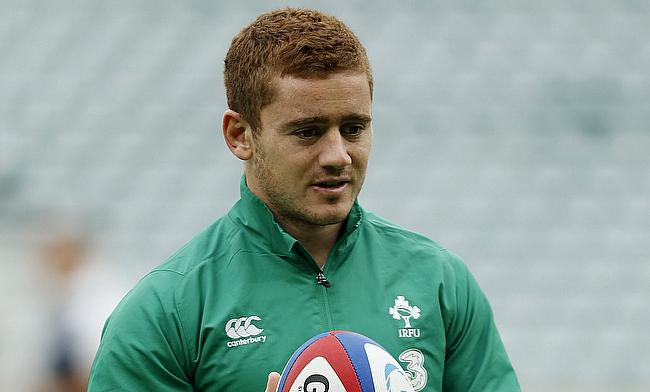 Paddy Jackson end on the losing side
©PA

Leicester Tigers survived a late surge from London Irish as they sealed a 33-32 win in the 12th round of the Gallagher Premiership at Mattioli Woods Welford Road on Friday.

This is Leicester's sixth win from 12 games as they climb to the eighth place in the table while London Irish are at sixth place.

It took London Irish just one minute to score the opening try after Steve Mafi and then Terrence Hepetema set up Paddy Jackson over the line with the fly-half also following with the conversion to make it 0-7.

However, their momentum dipped a bit when they lost skipper Matt Rogerson to sin-bin by referee Wayne Barnes for a high tackle on Luan be Bruin and Zack Henry responded with a penalty to get the Tigers off the mark.

Another infringement from the home side in the 12th minute saw Jackson kicking a three-pointer to make the scoreline 3-10. As the first quarter was about to end, the Exiles lost Tom Parton to injury.

The scores became levelled in the 25th minute when Henry made a perfect pass to put winger Kobus van Wyk across and the fly-half also kicked the extras shortly. As Jackson and Henry traded penalties before the break the teams finished the opening half unseparated with a 13-13 scoreline.

Leicester Tigers showed better intent at the start of the second half with Ollie Chessum dotting down in the 43rd minute after good work from Tommy Reffell and Andrew Porter. Henry who kicked the conversion also followed with a penalty goal making it 23-13.

London Irish were relentless as they fought back after Nick Phipps set up Ollie Hassell-Collins for their second try but the conversion went wide making it 23-18. The visitors were forced to play the final quarter with a player less after Hepetema was sent-off for leading with the shoulder in a high tackle.

Just as Leicester looked safe for a win, the Exiles made a dramatic comeback which started with Leicester losing Van Poortvliet to sin-bin for a deliberate knock on that also resulted in a penalty try for the visitors making it 33-25 and in the added minutes it was Joe Heyes' turn to be yellow-carded for a high tackle with Matt Cornish try only could manage losing bonus and try bonus points for London Irish as they were edged with a one-point defeat.