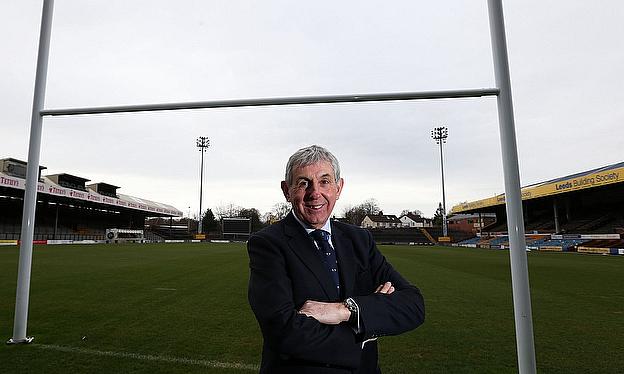 Former British and Irish Lions head coach Sir Ian McGeechan, who is now Chairman of Leeds Carnegie, announced that the club would re-name itself Yorkshire Carnegie from the start of next season.

However, McGeechan insists that the future of the club represents more than just a name change; as plans were unveiled this week for the launch of a new professional outfit at Headingley.

Under McGeechan's plan the club, who have twice flirted with the Premiership, would have new owners and start a new era free of debt, according to chief executive Gary Hetherington.

The former Scottish coach admitted that watching his old team is currently a painful experience.

With the Scots facing a fourth RBS Six Nations wooden spoon after losing their opening two games to Ireland and England, McGeechan noted that Saturday’s game was “very painful.

"We didn't look as though we were going to score, never mind win. It was very disappointing.

"Italy now is certainly a very big game, without a doubt.

“I don't know enough about the ins and outs to say what is going wrong," he said. "I've been away from it for nearly 10 years.

"I watch them on a weekend and want them to win."

If successful, the new club would continue to play at Headingley, in order to meet minimum standards for the top flight, but with a remit to broaden the appeal county-wide.

McGeechan, who played his whole career with Headingley - the club that merged with Roundhay 20 years ago to form Leeds - admits the plan needs the support of Championship rivals Rotherham and Doncaster if it is to work.

"It's the wider perspective," he told Press Association Sport. "If we get the player pool right, then Doncaster and Rotherham should benefit.

"It has to be a Yorkshire structure and I certainly wouldn't be putting my name to it if it was just Leeds rebranded."

Leeds Rugby chief executive Gary Hetherington, who is confident the RFU will approve the name change, told a news conference that McGeechan's plan represents a last chance to establish a successful Premiership club in Yorkshire.

Hetherington said: "Leeds Carnegie, Rotherham and Doncaster have all tried to create a winning team on the field to gain and retain a place in the Premiership but without success.

"This is the last chance. If the county turns its back on it, it has gone forever and they will regret it in years to come."

McGeechan, who returned to the Leeds club 18 months ago after bringing his successful coaching career to an end, echoes Hetherington's views.

"It's an obvious opportunity because the Leeds board say they are prepared to lay down their financial assets as a foundation for a new direction," he said.

"With the right support and the right funding to go with that, it does give us that opportunity to take that financial step that Premiership requires.

"We now face a crossroads if we are able to create a sustainable future for the professional side of the game.

"The only way we can fulfil this vision is to bring together all interested parties and create a new board to enable Yorkshire Carnegie to have the resources to compete with the very best."

Hetherington estimates the new club will need a budget of between £2million and £4million over a three-year period to become successful and says the search is now on for financial backing.

McGeechan says the venture has the blessing of the Yorkshire RFU and England head coach Stuart Lancaster, a former Leeds coach.