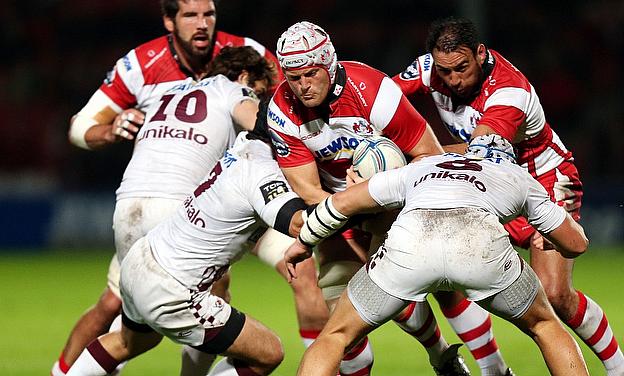 In a similar way to American sports, Rugby now has its own virtual shop window where ‘free agents’ can promote themselves.

The Rugby Players Association has set up the RPA Free Agent List, highlighting which players contracts run out at the end of the season.

The initiative is widely used in North America sports, such as Basketball, Baseball and American Football, and has worked to great success.

The online list of out-of-contract stars has been launched in the hope that it will help English players secure new deals in professional rugby.

Bosses at Aviva Premiership and Greene King IPA Championship clubs all have access to the database, where any RPA members coming to the end of their contracts can upload their details and credentials to the site’s secure server.

RPA chairman and Gloucester lock Will James said: "We believe this is yet another step in giving our members an enhanced opportunity to secure contracts for the coming season.

"Last year over 60 players did not have their contracts renewed for a variety of reasons, so we see this Free Agent List as a great shop window for clubs to approach players within the six-month window that started on January 1.

"This development has been well received by our members, so we hope this valuable service will be of significant use for all players who find themselves out of contract at the end of this season."

The 1st of January is usually the opening of all transfer activity, if clubs have not already tied down their soon to be out-of-contract players.

However, clubs will only be allowed to approach rival side’s players when their contracts have six months or less left to go.

Rugby director David Barnes said the RPA felt the need to act to help players handle one of their biggest stresses, securing their future within the game.

He said in a press release: "In a recent survey of our members regarding their ongoing wellbeing, one of the biggest spikes in players' anxieties across the season is the insecurity surrounding the timing of a new contract offer.

"We have recently seen a trend of clubs re-signing their players earlier in the season to counter this concern, and we believe that this new service, available only to RPA members, will also encourage clubs to move earlier to re-sign players in demand, or risk those players becoming available on the open market."