Aviva Premiership Write-Up - A Change at the Top 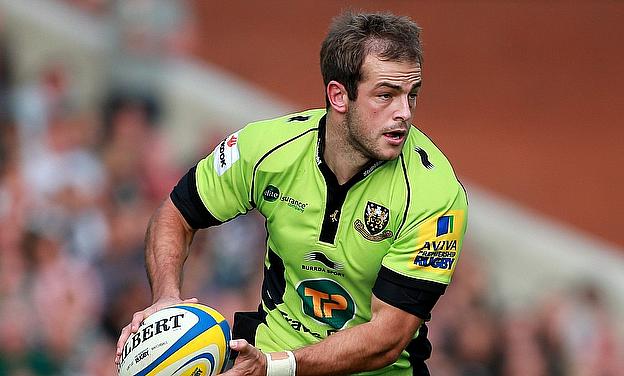 Northampton Leap-Frog Saracens to the top of the Premiership
©PA

As the majority of the rugby world draws their focus towards the Six Nations and the highs and lows of the tournament – the Aviva Premiership is still in full flow, and it’s looking closer than ever…

The biggest, and most chocking result came on Saturday, at Allianz Park of all places, as league leaders Saracens were beaten – for only the second time in the season – by London Irish.

Three first half tries from the Exiles saw Saracens relinquish their place at the top of the table to fierce rivals Northampton.

After James O'Connor put the visitors in front with an early penalty, Sarries centre Marcelo Bosch made it 5-3.

But despite having two men sin-binned, the Exiles led at half-time following tries from Matt Parr, Alex Lewington and Captain George Skivington.

Schalk Brits scored a late consolation for the home side.

The defeat was Saracens’ first regular-season home defeat since their move to Allianz Park last year.

Director of Rugby Mark McCall added: "The result is disappointing. With five minutes to go till half-time it was 10-8, we were going to have the wind in the second half, and I think we would have taken that.

"But then we lost 12 points in the last three minutes before half-time and that gave us a mountain to climb.

"We dominated the first 20 to 25 minutes of the game. We had a lot of line-outs and scrums five metres from their line.

"The referee gave a couple of yellow cards in that period. Clearly you want to come away with some points like we have done all season but we couldn't do it."

Northampton capitalised on the Saracens slip-up by the smallest of margins, with an incredibly close-fought victory over Exeter.

A late converted George Pisi try gave the Saints victory over the Chiefs in difficult conditions at Sandy Park, as they climbed to the top of the Premiership table.

James Wilson and Samu Manoa crossed for the visitors as they opened a 10-9 half-time lead, with Gareth Steenson kicking three penalties for the hosts.

The Chiefs went in front when Dave Lewis darted through to touch down.

Rob Baxter's side showed impressive defence but Pisi went over late on to leave Stephen Myler to kick the extras and claim a dramatic win – for a Northampton side missing many with international duty.

True to fashion, the round began under the Manchester floodlights of the AJ Bell Stadium, with Sale Sharks welcoming Gloucester to the North.

After a monumental victory away at Kingsholm to start the season, the Sharks were looking for a repeat success this time around.

Two tries each from Rob Miller and Dan Braid secured victory for the home side and helped them move up to fifth in the table (at the time), they now sit sixth, just two points behind Leicester and Harlequins.

Gloucester's relentless pressure in the opening stages resulted in a second-minute try as Jimmy Cowan's grubber kick was bundled over the line by Thomas.

Burns missed the extras, as did Danny Cipriani at the other end when his clever flat pass saw Miller go over in the corner.

Great individual skill from Miller, who this week agreed a move to London Wasps, saw him dummy his way over for a second try in four minutes.

The flanker went over again after the break and, despite three Freddie Burns second-half penalties, Sale held on for a bonus-point victory.

Sale’s Steve Diamond said that "It's ironic that this time last season we were at the bottom of the league and 12-13 points away from the next team, London Welsh.

"We're in a different position now and the team has a lot of belief.

"Even though the team didn't play as well as they could have in certain parts tonight, we got the result."

Elsewhere, on Friday night, there was more action in the Premiership, with reigning Champions Leicester visiting bottom-place Worcester.

The bottom side put in their best performance of the campaign against the reigning champions.

But they were beaten by two tries by wing Niki Goneva, both converted by Flood, who kicked three penalties.

Worcester's bonus point for the narrowest of their 13 straight league defeats under Dean Ryan was only their fourth bonus point of the season.

Nonetheless, despite such a spirited display against a Tigers side weakened by injuries and international calls, Worcester have now lost 18 successive Premiership games since 1 March last year.

Worcester stay bottom on just four points, as Leicester are in fifth with 36.

Bath managed to keep their foot on the gas this weekend with an eventual victory over Newcastle, thanks to tries from Horacio Agulla, Leroy Houston and Francois Louw – all in the second half.

Bath headed into the match in fine form, having won their last four matches in all competitions, while Newcastle were seeking to build momentum following last week's win over Newport-Gwent Dragons.

The game was played in tough conditions meaning try-scoring opportunities were difficult to create, and there was little between the sides for the majority of the first half.

A shaky George Ford kicked just one of his four first-half penalties to put the hosts ahead.

Phil Godman landed penalties either side of the break to put Newcastle in front while a man down.

Quick tries from Agulla and Houston put Bath in control, with Louw crossing late and Ford converting all three.

Bath’s Mike Ford added: "The first half was very stop-start. We wanted to play with tempo and they wanted to slow the football.

"They achieved that better than us in the first half and the conditions made it easier for them.

"I've got to give credit to Newcastle, I thought they played well at times. At one point, when they were 6-3 up, they would have been licking their lips for a big scalp.

"But we showed great resilience, didn't go into our shells - and even when we made mistakes, we kept playing. I'm just pleased we came away with four points."

Harlequins moved up to fourth in the Premiership table with another dramatic late victory against London Wasps.

Ben Botica's penalty reduced the gap to four points and winger Smith dashed Wasps' hopes of avenging their narrow loss to Quins in the opening weekend.

Conor O'Shea's men had edged a thrilling contest at Twickenham by a single point in September, with Wasps fly-half Andy Goode missing a kick to win the match in the final seconds.

The Premiership will push on once again next weekend with another round, as the international sides take a rest week from the Six Nations.

Once again we get underway at Sale, as the Sharks welcome Saracens for a big Friday night showdown.