Kurtley Beale to exit Wasps at end of season 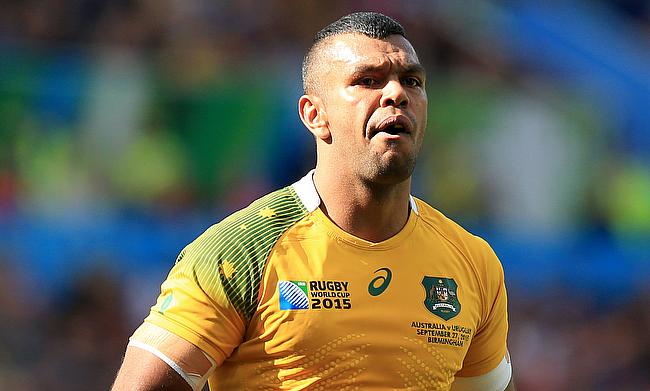 Wasps centre Kurtley Beale will end his association with the Aviva Premiership club at the end of the season in order to resume his career with Australia.

Beale, who believed to be the highest-paid player was signed by Wasps on a one-year deal for £750,000 per season. However, his debut in the Aviva Premiership club delayed due to a patella tendon injury which he suffered while playing for Waratahs.

A statement released by the Ricoh Arena outfit confirmed that the 28-year-old will head back to Australia with the 2019 World Cup in mind.

"Following recent conversations with Australia head coach Michael Cheika, the 28-year-old Wallaby feels he could play a central part for Australia as they build-up to the 2019 Rugby World Cup," Wasps said in a statement.

"And the best way to fulfil the role outlined to him is to be back in the country.

"Wasps are fully supportive of Kurtley achieving his international ambitions, and will wish him the very best when he returns to Australia at the end of the season."

Meanwhile, Beale said the decision to leave the club was a hard thought one but insisted that representing the national team in the 2019 World Cup will be the highest honour. He also thanked Wasps for being supportive during his rehabilitation period.

"This has been a really hard decision because of how much I've been enjoying my time at Wasps," Beale said.

"The squad, coaches, medical team and fans have been brilliant towards me since I arrived, and I will always appreciate how they supported me through the injury rehab and gave me time to get my confidence back on the field.

"I signed a one-year deal from the outset to enable me to keep my options open.

"I came very close to agreeing a new contract with Wasps, but I believe to achieve my international rugby aspirations I need to be back home in Australia.

"To be able to wear the Wallaby jersey again would be the greatest privilege, and at this stage of my career I want to give myself the best opportunity of representing Australia in the 2019 Rugby World Cup.

"Wasps have been going really well this season and I will be putting everything I have into helping the squad stay top of the table and fulfil our potential this year."

" I know how difficult a decision this has been for Kurtley as he has really enjoyed his time here at Wasps and has settled in brilliantly on and off the field.

"He is a popular member of the dressing room, as well as a world-class player.

"All new contract discussions between us and Kurtley have been very amicable, and he will leave with our very best wishes in the summer.

"When Kurtley signed, the idea was it would be for one year, similar to the deals that George Smith and Charles Piutau signed with the club last season, and during that time he would see how he settled in the UK."

Young also revealed that the club was tempted to have the Wallaby star for another season but refrained from it following the conversation of Beale with Australia head coach Michael Cheika.

"Because of how much Kurtley was enjoying it here, and we were enjoying having him, we opened discussions about extending his stay.

"Until last week, we were relatively confident he would put pen to paper for another year. However, I know he and Michael Cheika have spoken recently and Kurtley feels he has an important role to play in the Wallabies' set-up, leading up to the World Cup.

"Kurtley is a proud Australian, who quite rightly wants to represent his country, and neither I nor the club would ever discourage a player from playing international rugby, so we fully understand why he would want to return."