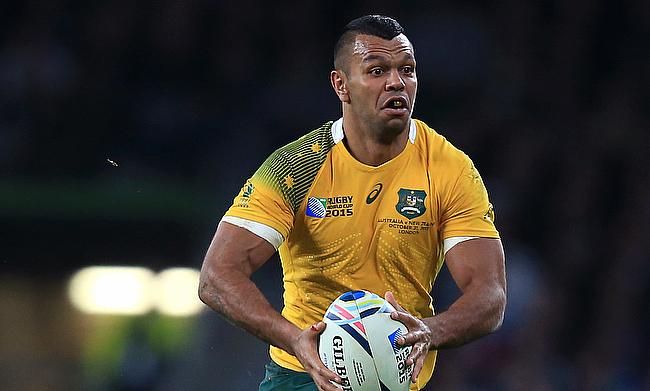 Dai Young is hopeful Kurtley Beale, pictured, will be playing for Wasps in September
©Press Association

Director of rugby at Wasps Dai Young has stated that the injury to their recent Australian signing Kurtley Beale is "not catastrophic" for his club.

Beale suffered the injury in the first minute of the Waratahs' win over the Bulls in the Super Rugby encounter on Saturday and further scans revealed that Beale is suffering from "torn patella tendon injury.”

The utility back was supposed to undergo a surgery on Monday which is likely to keep him out of action for four to six months. This also means Beale is doubtful for the start of the upcoming season with Wasps after signing a whopping £700,000 deal with the Premiership club to switch from Waratahs.

Despite, the uncertainty around the Australian star, Young has assured the club will not put any pressure on Beale to return to action.

"The first thing to say is our thoughts go out to Kurtley. You never want to see a player being injured," Young said of Beale, who has the option to extend his Wasps deal into a second year in due course.

"So that was our first concern, making sure he's okay.

"He's not our player yet so we have got limited information of where he is.

"But the information that we have got, it is pretty much that it's four to six months.

"It's obviously not ideal but it's not catastrophic for us, which means hopefully he'll be playing for us in September.

"Thankfully it's not as bad as it was first reported.

"We're still waiting for the full medical report but there's no reason to suggest any different from what we've all been told.

"And it's part and parcel of professional sport. Players do get injured and we're always going to support them and work with them to get back sooner rather than later."

After finishing third in the table for the current season with 72 points from 22 games, Wasps are scheduled to take on Exeter Chiefs in the play-off at Sandy Park on 21st May.

During their encounters in the group stage, Exeter had won both the games and Wasps will be wary of their play-off opponent.

Revealing his son and flanker Thomas Young is out of action for eight to 10 weeks with a hamstring injury, the Wasps boss is hopeful of a full squad at his disposal on Saturday.

"Thomas is the only one that's definitely out for the rest of the season," Young said.

"He's got a partial tear of his hamstring tendon, which is pretty much eight to 10 weeks.

"There's a double whammy that he's done something to his shoulder that would put him out for six weeks.

"Siale (Piutau) is still struggling a little with that ankle injury he picked up, but that's pretty much it."