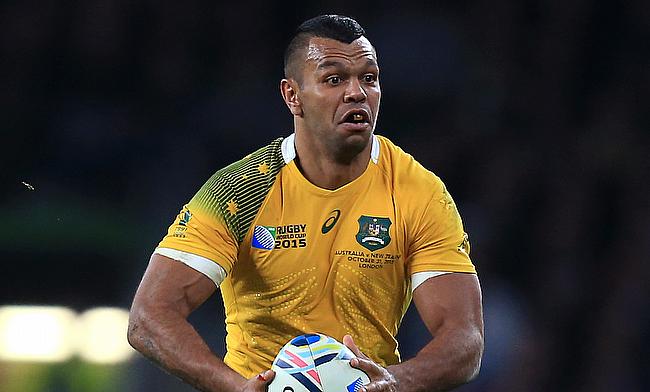 Wasps boss Dai Young expressed hope that their Australian signing Kurtley Beale will make his debut for the English Premiership club in November.

Beale suffered a "torn patella tendon injury" while playing for Waratahs against Bulls in the Super Rugby encounter in May and was expected to be on the sidelines between four to six months and prior to that the Ricoh Arena based club signed him for a whopping £700,000 deal to become one of the biggest signings in the Premiership history.

To make amends for the loss of the Wallaby star, Wasps had signed England international Kyle Eastmond last month after he made a switch from Bath.

Young confirmed that Beale's rehabilitation process has gone as expected and is hoping for the 27-year-old to join the club early.

"He's hoping to arrive in the next couple of weeks with us but though it's a long process he's where he should be," said Young.

"And everything is in the place that we expected. He'll come over and start his running and so on.

"The good thing is the injury wasn't as bad as first feared, but it's very hard to put a figure on it.

"We're hoping he's going to be back in November but it could be December.

"We're a fair bit early yet but so far everything's gone to plan and he's exactly where we want him to be."

Eastmond's exit from Bath had more to do with the sacking of the club's former coach Mike Ford and Young was quick to capitalise on it. With the likes of Andrea Masi retiring due to injury and Samoa centre Alapati Leiua along with Beale in rehabilitation period, Young believes Eastmond can provide the extra cushion to the squad.

"Kyle's signing was a bonus, without a shadow of a doubt," said Young.

"Andrea Masi retiring was a blow for us, we expected him to be on board, and Kurtley Beale being injured, we didn't expect that.

"Alapati probably won't be fit until the end of September, perhaps October, so all of a sudden we were looking a bit bare in the centres really.

"And Kyle to all intents and purposes was committed elsewhere.

"So his signing coming about when it did, that was a bit of a bonus really.

"When we signed Kurtley we thought we'd got our centre and we were hoping Alapati would be right for the start of the season too.

"So we were picking up injuries we didn't expect which left us pretty bare at one point.

"But I've always been a fan of Kyle. We have discussed or been interested in him in the past, so when he became available it was a real blessing for us.

"He plays the game that we'd like to play: he's a great distributor, he's a great link player and he's an individual threat himself as well."