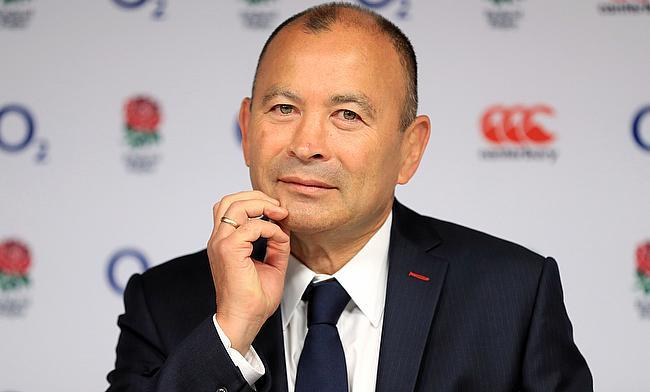 Several weeks ago, I wrote about the positions Eddie Jones would be looking to fill this summer with 10 of his players part of Warren Gatland’s British and Irish Lions plans in South Africa.

In the piece, I analysed like for like replacements - as well as players who might have a bigger role to play over the next month - but having sat on a press conference with Jones in the middle of last week, the 61-year-old revealed where he is looking to improve his side.

“I think in every position we need strengthening,” Jones said. “We are looking for the best talent, the right talent to come into the squad. Obviously, centre has been a position where we need to bring some new talent through.

“It was nice to see Manu (Tuilagi) back playing (against Bristol), but we will need to assess his development and we want to see what we can unearth in the centres. The wingers is another position where there is an opportunity for some young guys to come through.”

Much like in 2017 when England visited Argentina during the Lions' tour to New Zealand, it does present Jones with an opportunity to bring in some new names.

Four years ago, the Australian gave Sam Underhill, Ellis Genge and Tom Curry their first chances in England shirts. The Autumn and Six Nations campaigns that followed saw the likes of Chris Robshaw and James Haskell fall out of the international picture, with Curry and Underhill gradually becoming the starting flankers.

With the Lions tour offering the perfect midway point ahead of the next World Cup, Jones outlined his cycle structure.

??"For 25 years I have always practised coaching and I had to use my holidays to practise coaching..."

Ahead of announcing his @EnglandRugby squad for this summer, Eddie Jones spoke about all things England??https://t.co/AmkAKIFfal pic.twitter.com/2dVJvatYOk

“I work in a three-tiered project for a World Cup,” Jones started. “You have got your four years. In the first two years, you have got to establish your base and then the next two years, you are looking towards picking the squad for the World Cup and that is where we are at.

“The Lions, because of the Northern Hemisphere, the Lions cuts a line in the sand about where that is because it opens up the opportunities to play some younger players at a higher level.

“We saw how the last tour in 2017, Curry and Underhill came out of that tour. Curry is now 22, played 32 Tests, captained his country for a small period of time. Underhill, at his best, is one of the best flankers in the world so if we are able to get two or three players out of this campaign of that level, it is going to make a hell of a difference to the team and that is the opportunity we have got.”

From those quotes, it becomes fair to presume that the England boss has his base in the pack, with his eyes very much on the backs division for more experimentation. Centre is perhaps the most intriguing as, for much of Jones's reign, Owen Farrell has operated at 12 instead of fly-half where he plays his club rugby.

Then you look to Henry Slade who has made outside centre his own since 2018, providing a left-footed kicking option but also being solid in both attack and defence. In recent times, we have seen Ollie Lawrence in several England squads, the Worcester man having had mixed fortunes in international rugby thus far in his career.

Much of the same can be said of Joe Marchant, who has found chances few and far between despite having gone to New Zealand to aid his development.

But who could we see this summer?

Sticking with the centres, I would love to see Dan Kelly of Leicester Tigers get a shot. Rejected by Sale Sharks at 18, Kelly went to Loughborough to get a degree and after just a year, he was snapped up by Tigers and has established himself as a regular at Mattioli Woods Welford Road. 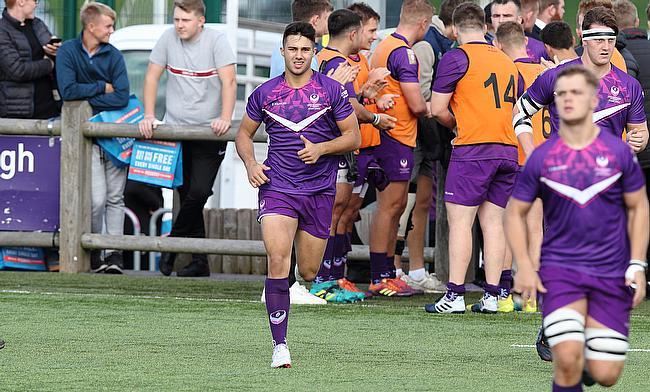 Dan Kelly has previously played for Ireland's U20 side
©Still Sport

Still only 19, the former Kirkham Grammar schoolboy has just continued to grow with every opportunity that has been handed to him and really should be there or thereabouts this week, whether that is for England A or a full-blown international cap at Twickenham in early July.

You can maybe then look at the likes of Piers O’Conor at Bristol given the 25-year-old has been virtually ever-present for Pat Lam this season. Luke Northmore has impressed for Harlequins, whilst there could be an argument for one of the James brothers at Sale Sharks.

With wing having also been mentioned by Jones, it is more of a head-scratcher with Anthony Watson and Jonny May always performing at high levels. With that said, plenty of names come to mind.

After his exploits at the weekend, Adam Radwan is very high on my list. Still only 23, he has a penchant for finding the whitewash with six tries in an injury-hit season, has sprinter pace and is tenacious in defence. Just watch the season opener against Bath, he was out of this world, as was Ben Stevenson for that matter.

Go to West London and, again, there is a cluster of players leaping out at me with London Irish’s Ben Loader and Ollie Hassell-Collins having come on leaps and bounds over the course of the last 10 months. Head to the Stoop, Cadan Murley has impressed along with Louis Lynagh when fit.

You wonder if Wasps’ Josh Bassett deserves an opportunity with England, the 29-year-old having scored nine tries this season. Much of the same can be said of Tom O’Flaherty and Will Muir, the pair having scored seven tries apiece this term.

With those supposedly the big needs for England, the question has to be asked if the likes of Bevan Rodd, Tom Willis, Alex Dombrandt, Alfie Barbeary and Miles Reid fit into the forward pack or whether Marcus Smith, Ollie Devoto, Harry Randall and Alex Mitchell can make their mark this summer if they are handed an opportunity.

One of the things that has changed over the weekend is that Kyle Sinckler will now be on the Lions tour due to Andrew Porter’s toe injury.

As a result, Jones will have to address that position a little more should injury strike in the future. Leicester’s Joe Heyes seems ready to fill that void having shown a good scrummaging game against Bristol Bears at the weekend.

Thankfully it’s not my job, though. Seems stressful.