Why Newcastle's wingers showcased their abilities against Bath 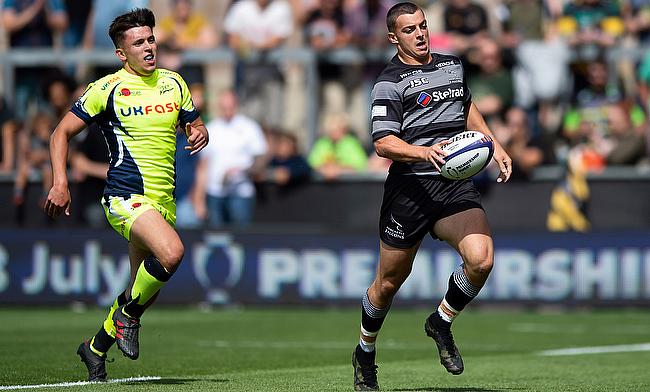 Nobody expected much from Newcastle last weekend. They hadn’t played a competitive game of rugby since mid-March and provided contrasting performances against Ealing in their two pre-season fixtures.

Bath, in contrast, came into their league opener just several weekends removed from having played in the Premiership semi-finals. With multiple internationals strewn across their starting XV, pundits and fans alike were steadfast in their belief that the Blue, Black and White would get past the northerners with little fuss.

Instead, the Falcons upset the odds and collected four points from their lunchtime visit to the Rec, outclassing Bath for much of the 80 minutes.

Whilst Newcastle did have international experience in their backline in the form of Toby Flood and Luther Burrell, on paper, Dean Richards’ side had much less of a chance.

Bath could call upon England stars Ben Spencer, Joe Cokanasiga and Ruaridh McConnochie as well as Wales fly-half Rhys Priestland and Fijian Josh Matavesi. Add in emerging talents Cameron Redpath and Tom de Glanville to finish off the backline, and it makes Newcastle’s win all the more impressive.

If there was a particular position to highlight, it would be the wings. Adam Radwan, 22, and Ben Stevenson, 21, outperformed Cokanasiga and McConnochie by far, both with and without the ball.

Naturally, what cannot be overlooked is the fact that the aforementioned Bath wings were directly involved in tries, Cokanasiga scoring one whilst McConnochie assisted Josh Matavesi, but the doggedness of how Radwan and Stevenson applied themselves was by far the highlight, their Director of Rugby telling TRU that the young players followed their game plan to the letter.

“I thought the boys played well and the big thing for us was that we had a game plan beforehand and we went out and executed it and that was not just in attack, but in defence as well,” Dean Richards said. “It is understanding what you face and just going through with your plan and the boys did extremely well.”

From statistics alone, we know that Ben Stevenson carried the ball more than his opposite number, McConnochie and the Newcastle man also turned the ball over twice.

Radwan, too, would collect a turnover, but his opposite number, Cokanasiga, would cough the ball up on no less than five occasions, the same amount as Cameron Redpath in the 13 jersey. 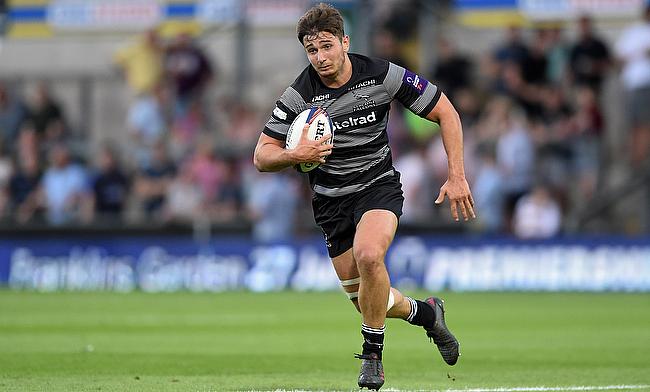 The former Darlington wing would also make two more tackles than his international opponent, with six completions and he assisted Gary Graham’s first try of the game with some quick thinking after the ball had gone into touch from Ben Spencer's rushed clearance.

Throughout the game, the pair always seemed to be in the right place at the right time, the only real lapse in performance coming in the run-up to Josh Matavesi’s score when Stevenson was caught flat-footed allowing McConnochie to slip past the 21-year-old.

Both have been involved with the club the entirety of their professional careers, Radwan actually re-joined the academy after being released, but his performances in National One proved to be the catalyst for a return to Kingston Park on a full-time basis.

Stevenson has been marrying much of his time in the Newcastle senior academy with gaining a law degree from Durham University, playing in BUCS Super Rugby for three seasons whilst having already experienced the men’s game with Blaydon in National One.

With each of the young players looking set to be involved for their club on Friday night against Sale, former Falcon and current Sharks man Simon Hammersley says that the two young players have developed since he last shared a changing room with them.

"Having seen them come through the Newcastle set-up, I think they have always been very good athletes,” Hammersley said. “They're physically strong in the gym, they are quick, powerful and obviously, the experience of being around a professional set-up has clearly benefitted them.

"They have got the experience, nous and understanding of the game and I think, from what I have seen and certainly against Bath, that has brought them to a Premiership standard. It is nice to see those guys doing well and it is exciting times for an old-timer like me to take them on."

Over the years, Radwan and Stevenson have been able to learn from the likes of Sinoti Sinoti, Vereniki Goneva and for a while, DTH van der Merwe as their development has continued. This, married with time at Darlington, Blaydon and Durham University, has meant that not only have the two players got plenty of game time under their belts, but that they have become well-rounded individuals too.

Radwan was joint top-try scorer in the Championship last season, crossing the try line on 10 occasions as the club won their place back in the top-flight. Following a game plan or not, Radwan and Stevenson performed well beyond their years and show the rich talent available to Dean Richards in his academy and the local area.