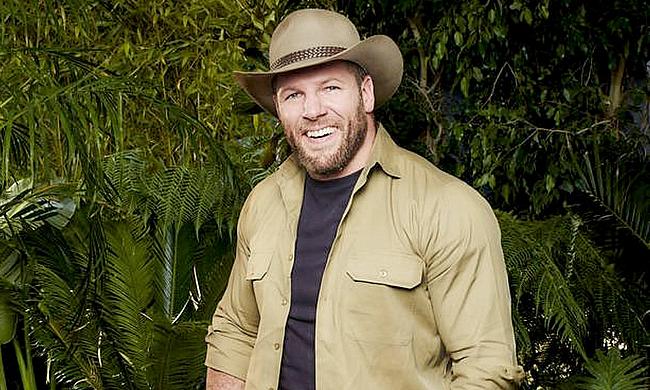 Two exciting forces have combined in the form of I’m a Celebrity, Get me Out of Here and the brash personality of former rugby pro, James Haskell.

The television show, fronted by Ant and Dec, is known for its grub eating, colourful characters and waterfall showers. And it might just be that former England star Haskell is going to deliver on all fronts.

The big man in the jungle

If Haskell wins I’m a Celebrity, it will rank alongside the high points of his illustrious career on the pitch. He’s achieved a lot in recent years - and we don’t just mean his marriage to Richard and Judy’s daughter.

Haskell remains one of the BeastsOfPoker favourites to win the show, which is watched by millions every night. His latest odds are 8/1, but he’s behind favourite Ian Wright (5/2) and Caitlyn Jenner at 4/1. Slightly better news for Haskell is his odds are much better for his former teammates at their next challenge. According to the latest Six Nations odds, England are red hot favourites to win at 4/5.

At six foot four, Haskell is an imposing figure. So, it’s no wonder that he took to rugby so well. He’s got a track record to prove it, having played for England 77 times between 2007 and 2019. He’s always competed against the best, but he missed out on England reaching this year’s World Cup final, having just announced his retirement from the game at the end of last season.

In 2016 he was named “Man of the series” as England beat Australia 3-0 in a mid-year Test series. He also toured with the British and Irish Lions in 2017. Aside from doing his best for the country, the flanker and number eight also boasts an impressive career in club rugby. Beginning his career with Wasps, he made 87 appearances before gaining new experience with teams such as Stade Français, Richo Black Rams and Highlanders before returning to Wasps in 2013. As one of the key members of each team he played at, Haskell has always been a talisman. His career might have been even more impressive without several key injuries.

Now, as he gets used to life in the jungle of Australia, will he be the face of the show and become the nation’s sweetheart?

How will Haskell do?

Haskell has said that he’s “created this persona amusingly for jokes about being a lad”. And this laddish persona has come through. We’ve seen it a lot as he did media work for the Rugby World Cup 2019, but the public might not be ready for a ‘LAD LAD, LAD’ mentality on their TV screen. Having said that, after a few days in the jungle, he’s already left viewers hot and bothered by stripping down for a shower. Doesn’t hurt to have a rugby star’s physique, does it? But what about the other celebrities?

We can imagine Haskell will get on with Ian Wright, both are former sports stars after all, and like the rugby star himself, Wrighty is known for his outspoken attitude. Wright is popular with the public and will be one of the main contenders. Another main competitor is Caitlyn Jenner. She’s already got experience doing the US version of the show, so she knows what she’s doing. However, her recent comments about America helping out the Brits when doing the Bush Tucker Trial did not go down well. The Twittersphere went crazy, so when the patriotic Brits come out, Jenner could be in trouble as they’ll surely support someone as patriotic as Haskell!

Adele Roberts already has reality TV show experience so that will play well for her and the cheeky persona of Roman Kemp brings him to a new audience – he’s no longer just Martin Kemp’s son or that guy on the radio.

How to win the country’s favour

Haskell has described himself as marmite, and that’s probably a good definition. You either like his ‘lad’ personality or find him boorish. I’m a Celebrity is his chance to show that the personality isn’t his true nature (he did win over Chloe Madeley after all, so there must be more to him!). The reality show allows him to test himself and become king of the jungle. The former international is used to pushing himself to the limits to become a better player for England.

Now, all he needs to do to get the viewers vote to continue his waterfall showers and munch on some gross animal testicles to win his campmates' food. Can’t be that much different than a rugby lads’ night

Danny Cipriani is the best fly-half in England - James Haskell

England international James Haskell to retire at end of season

‘It felt like there was someone pushing down on you’ – Haskell

James Haskell sidelined between six to 10 weeks after ankle surgery

Rugby Rumours: Haskell hit by offers, Rensburg to return, Reunited with Saracens and Nonu on the out