England international James Haskell to retire at end of season 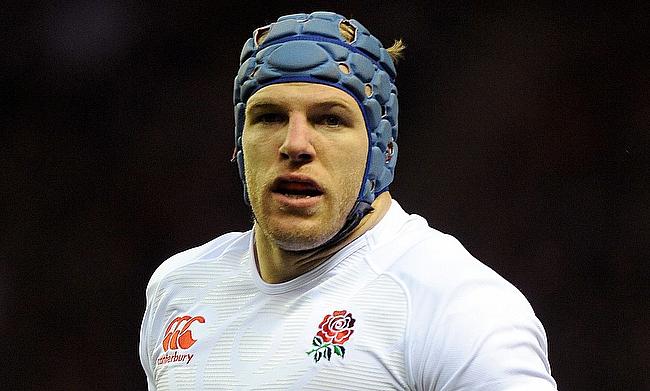 Recap: Christian Wade's incredible speed while featuring for England U20 in 2011
Saracens and England winger David Strettle to retire at end of season
Jonny May, Tom Curry and Mark Wilson in contention to win England's Player of the Year Award
England wing Anthony Watson eager to make comeback from 13-month injury absence

England international James Haskell has confirmed that he will retire from professional rugby at the end of the ongoing season.

Haskell started his professional rugby career with Wasps in 2002 and feaured for Stade Francais, Ricoh Black Rams and Highlanders before rejoining the Ricoh Arena outfit again in 2013.

The 34-year-old joined Northampton Saints in 2018 but recurring ankle and toe injuries have restricted his appearances this season for the Franklin's Gardens outfit. Overall, he has made 133 Premiership appearances with 130 out of it coming for Wasps.

“I have loved every minute of my career in rugby and feel very privileged to have played with and against some exceptional players,” said Haskell in a statement released by Northampton Saints.

“There are so many people to thank, but in particular I would like to express my appreciation for all the coaches, trainers and physios who I have worked with throughout my career – from Maidenhead minis all the way up to England and the British & Irish Lions, I owe them all a huge debt of gratitude.

“I also want to thank all my team mates over the years for putting up with me and giving me an adventure that allowed me to laugh every single day.

“My thanks go out to the supporters here at Northampton Saints too who have welcomed me with open arms; I wish I’d been able to offer more on the field this season. This next chapter was supposed to go a very different way, however that is the nature of professional sport. I’ve never spent so much time injured in my entire career, but I’m doing everything I can to help the squad here until my contract ends".

The 6ft 4in flanker made his England debut in March 2007 and has gone on to play 77 Tests for the red rose team with his last appearance coming during the Six Nations 2018. He was also part of the British and Irish Lions squad that toured New Zealand in 2017.

“Retiring is obviously a really difficult decision for me to make; professional rugby has been the centre of my life for such a long time now and while it’s weird to imagine living without it, I look to the future with huge excitement.

“I look back at my career and have been very lucky to have done most things there are to do in rugby. Sadly, I will never know what it’s like to win a World Cup or represent the Barbarians.

“Finally, I would not have achieved what I have in this sport without the continued support of my amazing wife, my family, and my friends. To them all, I am incredibly grateful.”