Danny Cipriani is the best fly-half in England - James Haskell 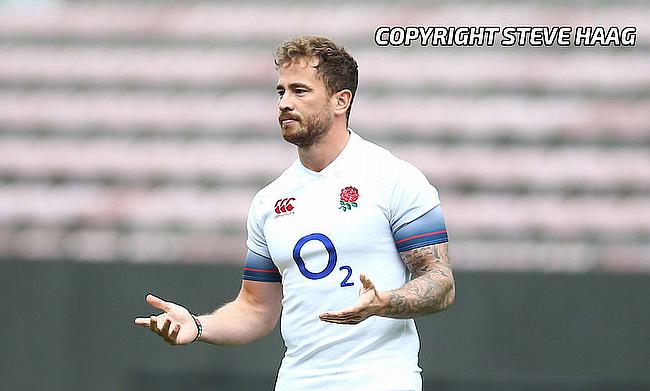 Mike Brown and Ben Te'o left out of England's squad ahead of Wales clash
England hoping ‘parallels’ can continue with Cricket World Cup heroes as they prepare for Wales warm-up
Mike Brown: "I absolutely love playing for England, it means everything to me"
South Africa go past England to fourth in World Rugby Rankings
‘Outstanding’ Dombrandt impressing England coaches

Cipriani was left out of England's training camp in Treviso and was also omitted from the 33-man squad ahead of the first warm-up game against Wales at Twickenham Stadium this weekend.

“I always feel for Danny, I think he’s an incredible player. For me he’s probably the best fly-half in England at the moment on the form of last season.

“Obviously Eddie and the coaching staff have their reasons why.

“I think he’s someone that you should always have in the squad, he has that ability to perform, he can do things that the other guy’s can’t.”

Haskell has played for England 77 times and was part of the 2011 and 2015 World Cup campaigns but announced his retirement from professional rugby in May this year.

The former back-row reckons England will be among the favourites to win the upcoming showpiece event in Japan despite an indifferent last year.

“I think the World Cup is massively exciting for England,” Haskell added.

“Eddie (Jones) has left no stone unturned in pursuit of making the best team possible. I think they’ve taken training to a new level.

“I’ve had conversations with Eddie and he’s excited. I’m an England fan now and no longer a player and I’m excited to see us go on and win it.”

“For me, it’s the best chance England have had since 2003, I think we’re in the best possible place to go and compete.”