Jack Cosgrove Column: 'England are an excellent side, but there will be a quiet confidence in the Scotland squad' 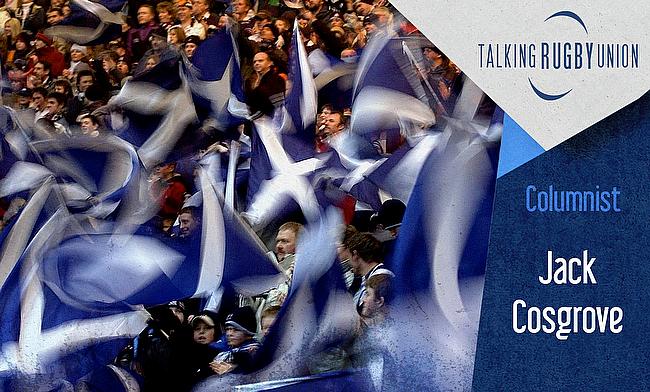 “It’ll be a good battle” - Hamish Watson looking forward to breakdown contest
“Emotionally we were put through the wringer”: Twickenham 2019 from a Scottish perspective
Humble, competitive and driven: Cameron Redpath “can become a household name”
Opinion: Vanishing van der Merwe a blow for Edinburgh, but Watson was a key man they just couldn’t afford to lose

I am really looking forward to the Calcutta Cup match this weekend.

Everyone has had a tough time during the pandemic, but live sport on television has helped to lift the spirits and given us something to be passionate about.

Scotland have not won at Twickenham for a long time, but I believe they now have the pack who can go down to Twickenham and give England a really good game up front while they have flair players in the backline if they get a chance with ball in hand.

Don’t get me wrong, England are an excellent side, but there will be a quiet confidence in the Scotland squad I am sure.

In the front-row, for me, Scotland have two props starting the game who should be going on the Lions tour to South Africa if they keep up their form from 2020 into this campaign.

I know fellow loosehead prop Rory Sutherland from my time with Edinburgh, and it has been inspiring to see how he has bounced back from bad injuries and time out of the game.

For me, he is a top loosehead at international level. If the Lions tour had been last year, he would have gone and started in the Tests. His battle with Will Stuart at scrum time will be an interesting one.

I was in the Scotland under-20 squad with tighthead prop Zander Fagerson and we roomed together for part of the age-grade World Championship in New Zealand in 2014.

I think people forget he has only just turned 25 because he has been around for quite a while and has over 30 caps. He was always a talented and diligent individual, but in the last 12 months, he has really kicked on and I think he has the ability to be the cornerstone of the Scottish pack for many years to come.

Obviously at hooker, they are missing Fraser Brown and Stuart McInally which would be a blow to any side, but it is a big opportunity for George Turner to step up and show what he can do.

He will try to play his own game, but he is up against one of the best hookers in the world in the shape of Jamie George and he will look to make it a difficult day at the office for his opposite number.

George Turner will have to hit his lineouts and do well in the scrum or it will show.

“Scott Cummings is a bolter for the Lions.”

Everyone talks about Jonny Gray when speaking about the Scotland second-row partnership of him and Scott Cummings and while Jonny is clearly a great player, it has been the form of the latter that has really impressed me.

After Jamie Ritchie was passed fit after a head knock, he was always going to start at six with Hamish Watson at seven, but I would have picked Gary Graham to start at No.8.

Matt Fagerson has got the nod and, after he played in the Autumn Nations Cup, perhaps Gregor Townsend is keen to give him a run of starts.

Gary will get his chance off the bench, but I have been watching him lately in the English Premiership and he is in great form, a really physical, abrasive player and very much ‘what you see is what you get’ with him.

He likes confrontation around the contact area and you need that against England.

England have got so much strength in depth as shown by Ben Earl still being on the bench. I thought he might have got a start in this one, but whichever combination of starters or replacements is on the pitch, the forward battle will be good to watch.

The Scotland front five have to bring their ‘A’ game to the scrum and the maul because that is where England will probably try and come at them.

Any team that has Finn Russell in it becomes better because of that, he is unbelievable when he is on form and I think he is the best 10 in the world.

These are the kind of big games that the Lions selectors and coaches will want him to stand up in and show what he is all about. If he can, then he can become a Lions Test starter.

I never played with Finn, but he seems so laid back and - like all top quality players - looks like he has so much time on the ball.

??? "Cameron left a big impression on everyone he came across and broke the hearts of many backlines that he ripped apart!”@camredpath has been praised by his former school following his call-up to Scotland's Six Nations squad.

It is not all about just one player though and Scotland will want to get guys like centre Cameron Redpath and winger Duhan van der Merwe on the ball.

Redpath is young, but whenever I have watched him playing for Bath in recent months, he has looked assured and a very confident player.

Obviously, tests don’t come much bigger than making your debut away at Twickenham, but I am sure Finn and captain Stuart Hogg will have been having chats with him this week and making him as relaxed as he can be before kick-off.

My grandad might be in Coventry, but he’ll be shouting for Scotland!

I am living back in Coventry now where I grew up and although these are still strange times, it is great to have my partner living with me and other family members close by.

When I played for Scotland under-20s, it was because I was eligible through my grandad who had been born north of the border.

He was very proud to see me playing for them and now it is great because he lives just around the corner from me. There is no doubt he will be cheering on Scotland, he turns 80 in July, but he is still as loud and proud a Scotland fan as ever!

I think it will be a very close game.

Scotland’s defence, kicking game and set-piece has improved massively since this time last year and they are in a good place.

The hooker situation is a bit of a worry, but as I said, it is a big chance for George while Dave Cherry would be making his debut off the bench if he gets on.

They are both lads who have worked hard to get to where they are - I think they and the rest of the Scotland squad will be very focused for this one.

Jack Cosgrove, 26, is a loosehead prop who played professional rugby for Worcester Warriors, Edinburgh Rugby, Bristol Bears and the Dragons. He earned eight Scotland under-20 caps in 2014, playing in the age-grade Six Nations and the World Championship in New Zealand. He was forced to retire aged 25 in 2019 due to injury.