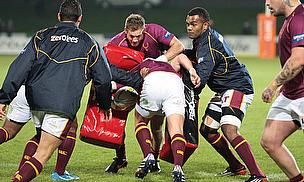 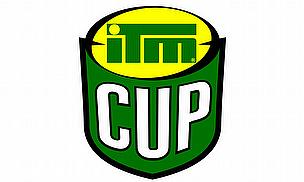 The third round of the ITM Cup is the first round to see teams playing twice in one round. Both Wellington and North Harbour, first play against each other, and then face Manawatu and Northland, respectively.

A number of fringe All Black players have also been released to join their associated teams and play in the ITM Cup this week. How will these changes affect their teams? Will they bring the traditional flair of All Black rugby? Or will these changes disrupt team dynamics and partnerships already made?

Week three means the beginning of rest and rotation, as Wellington and North Harbour play twice.

Wellington are planning on starting a number of great players from the bench, most notably Victor Vito, as TJ Perenara gets a start. Wellington has a lot of depth and should still be too strong for North Harbour in the round’s first fixture. North Harbour has made a number of changes, however, after their thrashing at the hands of Counties last week. They plan to welcome back James Parsons and fringe All Black Francis Sailli, but they may be saving players for a more winnable game against Northland next weekend.

A disappointing Waikato, face Canterbury, in what would have previously been a titanic clash. Waikato, however, looked poor last week, losing the Ranfurly Shield to Otago. Talking Rugby Union’s New Zealand correspondent, Scotty Donaldson explains that Canterbury have “welcomed back Colin Slade and Luke Whitelock to strengthen their team.

"They have done well without most of their stars so far and should be too strong for a Waikato team who could be fired up after losing the Ranfurly Shield. Canterbury will win by decent margin, I am picking 28 points.”

Possibly the round’s tightest game could be in Pukekohe as Counties Manukau welcome Tasman. Both teams have played exciting rugby already this season and have both a win and a loss to their name.

The round’s possible upset may take place in Auckland as they welcome the Bay of Plenty. The Steamers have provided plenty of scares for Auckland in recent years and “given how lethargic Auckland were against Manawatu and North Harbour in their opening games, I wouldn't be surprised if the Bay of Plenty won”, added Scotty.

North Harbour has possibly the most difficult draw of the round. Firstly, playing Wellington on Wednesday, followed by Northland at the weekend; there will be plenty of sore bodies who will have to try and tackle Northland’s Rupeni and Rene.

Scotty has labelled Southland vs. Taranaki as “the dance of the desperate’s. The Stags have lost to both Tasman and Northland, with the loss to Northland a very poor performance. It is hard to know how good Taranaki are since they have only played the two top teams in the Premiership: Canterbury and Wellington.

"I have a feeling that neither of these teams is as good as they were a few seasons back, so it will be interesting to see who wins this match."

Last season Southland only began to spring into life at the midway point, so something must be due to happen soon? Otherwise, it could be a very long season in store for the Stags.

Wellington has also had a tough schedule, playing Manawatu just two days after North Harbour. However, Talking Rugby Union still believes that they will be too strong. Standout players Victor Vito and TJ Perenara are surplus to All Black requirements, therefore, greatly strengthening the Lions outfit.

Will Otago hold onto the Ranfurly Shield in their first defence against Hawkes Bay? If kicker Hayden Parker continues his excellent form, combined with more impressive impact play from TJ Loane off the bench, then they should win. How will they fair without the enigmatic Tony Ensor?

Who are you picking in the ITM Cup third round?

Scotty’s picks are as follows: