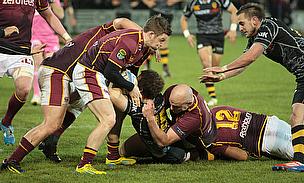 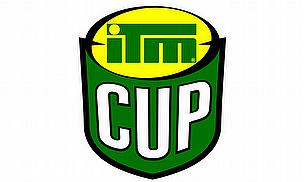 A preview of round 9 of the ITM Cup in New Zealand where the key game is likely to be between Counties and Southland Stags.

It may come as a surprise to some that a clash between the two fourth-placed teams in the Premiership and Championship would be so important.

Six of the eight semi-final spots have already been confirmed. Wellington, Auckland and Counties can look forward to semi-finals next weekend while in the Championship, Tasman and Hawke's Bay are into the ITM semi-finals, providing Otago beat Northland, which leaves Southland and Manuwatu fighting for the final spot.

"Southland can not only finish the season with the Ranfurly Shield if they beat Counties this weekend, but they can also guarantee themselves a semi-final.

"They will have their work cut out for them given Counties strong mid-season form. Manawatu will let the Stags sweat on their semi-final hopes when they play Tasman in the last game of Round 9.

"The Turbos need to beat the impressive Makos or secure a high scoring draw to make the top four."

Elsewhere, Auckland, Canterbury, Otago and Wellington can be expected to secure away wins with Counties and Tasmans favourites to take home victories.

"These games may start out close with both the Stags and Turbos having heaps to play for, but I think Counties and Tasman should be too strong in the end," Donaldson adds.

"Northland vs BOP and Waikato vs Taranaki are two tough games to pick with these teams only playing for pride, it is hard to know what will motivate these teams."

Who are you picking in ITM Cup Round 9? Here are Scott's picks:

Otago by 14 points.
Wellington by 18 points
Counties by 21 points
Canterbury by 21 points
BOP by 3 points
Waikato by 1 point
Auckland by 10 points
Tasman by 28 points.