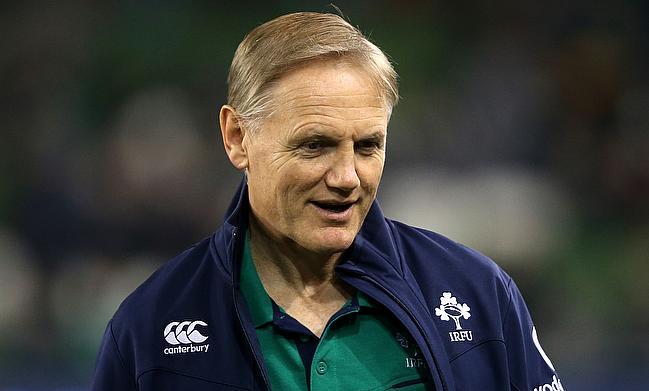 World number one side Ireland showed they mean business with a comprehensive victory over Scotland - Gary Heatly has his say on the Pool A match in Yokohama.

In the last couple of years, there has been a bit of needle between Ireland and Scotland while the former went into the game under a bit of pressure having become the best team in the world recently.

The conditions were also going to play their part in this battle of two Six Nations teams in Yokohama.

Scotland started quite well and full-back Stuart Hogg looked in the mood to attack, but it was the Irish who scored first.

Second-row Iain Henderson made a great break as he went past Scotland captain Stuart McInally and second-row Johnny Gray. A couple of phases later, James Ryan went over for a try from short range. Stand-off Johnny Sexton converted and it was 7-0.

The Scots defence has been a concern in the lead up to the game and Ireland were winning the early breakdown battle while full-back Jordan Larmour had a good break in the 10th minute to show a glimpse of his danger.

A great tackle by centre Garry Ringrose on Hogg then launched another Irish attack and in the 15th minute, they added their second try when the forwards helped skipper Rory Best over for 12-0.

Scotland looked a bit shell-shocked at that stage and it was important for them to get something on the scoreboard soon to settle them down.

It came in the form of a penalty by scrum-half Greig Laidlaw in the 21st minute, but soon after that they nearly handed Ireland a third try.

The ball was lost in midfield between stand-off Finn Russell and winger Tommy Seymour and Irish winger Andrew Conway booted the ball downfield.

Hogg looked to have it covered, but the ball hit the base of the posts and Conway tackled the full-back in his own in goal area.

The scoreboard was all going Ireland’s way, but they were concerned by the fact that key men Sexton, centre Bundee Aki and back-row Peter O’Mahony were struggling with injuries. Sexton would stay on after treatment.

Scotland knew they had to try and get a score on the board before the break to stay in the match, but rather than build the phases, they were going wide at the first opportunity every time and the Irish defence was standing firm.

Things then got worse for Scotland when their only out and out openside Hamish Watson suffered what looked like a serious knee injury.

Murray missed a penalty on the stroke of half-time, but the Scots were comfortably 19-3 up.

The rain was coming down as the second half began and an early turnover won by Henderson showed that Ireland were looking to carry on from where they had left off.

Scotland knew they had to play through the phases more instead of kicking the ball away and when they did that, they got within yards of the Irish try line in the 49th minute.

However, back-row John Barclay knocked on and the chance was lost as Ireland continued to manage the match - and the worsening conditions - better.

And the match clinching try which earned them a bonus point came in the 55th minute. A high kick caused Scotland issues and when the ball was recycled on the blindside by Murray, Conway went over for his seventh international try.

Murray missed the conversion, but at 24-3 this game was won and it allowed Ireland to take off the number nine, Sexton and Henderson.

With 14 minutes to go replacement stand-off Jack Carty added a penalty to Ireland’s tally before replacement second-row Tadhg Beirne was yellow carded for killing the ball.

Scotland, searching for any crumbs of comfort from this loss, had quite a bit of possession, but fittingly Ireland held them out as they won 27-3.

Physical, clinical and the perfect start for Ireland.

Scotland knew they would be in for a tough battle at the breakdown in this one and Ireland bossed that area from the first minute.

The likes of Iain Henderson and CJ Stander were superb over the ball and they turned over a lot of Scotland’s possession.

The defensive line from Ireland was also very strong with James Ryan superb while when they got the ball in hand, Conor Murray put on a masterclass of how to run a game from nine.

The back three of Jacob Stockdale, Jordan Larmour and Andrew Conway were looking dangerous whenever the ball came their way while replacement centre Chris Farrell ran some strong lines.

The only thing that will be worrying the Irish management team are the injuries to the likes of Peter O’Mahony and Bundee Aki with Johnny Sexton also nursing a groin issue.

They have six days until the match with Japan though, and now they are the firm favourites to finish top in Pool A.

Head coach Gregor Townsend has talked a lot of late about wanting to play the fastest game in the world.

That plan is all well and good when a match is open or you are chasing things like they were in the draw against England back in March, but when you take on a side like Ireland, you have to play through the phases.

The Japan game being crucial? Try the Samoa clash being the big one for @Scotlandteam at the @rugbyworldcup, a lot to work on in eight days ahead of taking on another physical team

Their defence is too well organised to go wide off first phase play and the Scots just coughed up possession too often. You have to earn the right to go wide and they just did not do that, everything seemed a bit rushed in the face of some strong Irish defence.

Losing Hamish Watson was a massive blow to Scotland and if he misses out on the rest of the tourmament, it leaves the squad without a real openside.

There were not many positives to take from this game and the next match with Samoa on September 30 is now a massive one and will test the Scots ability to regroup and bounce back.