Matsushima shines as Japan begin with win over Russia 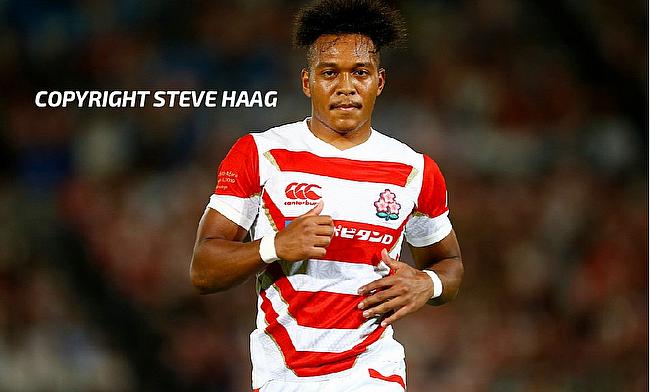 After an opening ceremony that certainly got the blood pumping, the time for talking and speculation was over. The focus of the rugby world was certainly on Tokyo and Japan’s win, plus a sparkling performance from Kotaro Matsushima, was the best way for the hosts to start the tournament.

The first half was an affair of close quarters. Whether it was nerves or simply being overawed by the occasion it was not a good start from Japan. Put under the cosh early by Lyn Jones’ side, it was the less-fancied Russia that took an early lead.

A whirling Vasily Artemyev kick was not dealt with by a retreating William Tupou and Kirill Golosnitskiy pounced to take Russia into the lead. Yury Kushnarev converted to extend the lead further for his country.

Japan started to grow into the contest from that point onwards. Forcing Russia into defensive errors, the hosts began to start their offloading game, disorganising Russia in defence.  A superb Timothy Lafaele flick resulted in Kotaro Matsushima running over the try line to bring Japan into contention. Yu Tamura missed the conversion, but it was game on in Tokyo.

Referee Nigel Owens continued to allow the match to be free-flowing, but several errors from the players knocking the ball on consistently, did not make for a sparkling match-up.

"...It's not until you get out there amongst it and then you realise just how much pressure is on the guys."

Japan's head coach Jamie Joseph "proud" of his players after coming through some early pressure to win against Russia in their opening game at #RWC2019#JPNvRUS pic.twitter.com/WxzbU89xGG

Japan ended the half in the lead. A continuation in their attacking fluidity lead to yet another Matsushima try in the right corner. This time the conversion was good, and Japan lead 12-7 at the break.

The second period couldn’t have got off to a better start for the hosts. Russia failed to roll away at a ruck leading to a Tamura penalty from in front of the sticks. Clearly enthused, Japan went from strength to strength. Openside flanker Pieter Labuschagne ripped the ball out from Russian hands before running over half the field to extend Japan’s lead. Tamura couldn’t convert but Japan had daylight between them and their opponents.

Gathering their second wind, Russia had a spell of continued pressure that resulted in a Kushnarev penalty to leave just 10 points between the teams. However, Tamura added a penalty for Japan to maintain some breathing space and soon after, the fly-half was substituted for Rikiya Matsuda.

Matsuda was called into action following his introduction, converting Matsushima’s third try of the evening. Artemyev’s fatigued kick found its way to the wing who outpaced the onrushing defenders to make history as the first Japanese player to score a Rugby World Cup hat-trick.

Following this score, the possession changed hands on multiple occasions, but neither side really got out of the midfield. Russia ended the game with a lineout from which they based an attack. Eventually, the ball went loose and Matsuda kicked to touch. Advantage Japan in Pool A.

When watching the national anthems, it was clear how much this occasion meant to Jamie Joseph’s men. When fuelled by emotion, players either play out of their skin or capitulate. Initially in Tokyo, it was the latter when Japan went behind.

After that early disappointment, the Japanese seemed to regroup and start to organise themselves more. Their captain, Michael Leitch, was naturally a big part of this, but it was Kazuki Himeno, their number eight, that had the most effect in the forward pack."

What an opening night for Matsushima

Timothy Lafaele was behind both of Japan’s first half tries. The Samoan-born centre consistently broke the gainline and used his hands to good effect to keep his country on the front foot when being wrapped up by Russian defenders. On two occasions in the first half, his carries resulted in Kotaro Matsushima scores, contributing to their half-time advantage.

There is one aspect in particular that Japan will have to work on and that us their restarts. Failing to gather the ball from Russian kick-offs, the Brave Blossoms regularly knocked the ball on or into Russian hands. This did slowly improve, but the better teams in their pool - Scotland and Ireland - would make them suffer for this.

Japan showed impressive resilience after a difficult opening 20 minutes. The leadership from the likes of Leitch and of course the coaching staff’s influence at half-time clearly calmed player nerves, leading to a far more efficient second half performance in which a bonus point win was secured.

Russia started this game very promisingly. Both their fly-half, Yury Kushnarev, and full-back, Vasily Artemyev, displayed good kicking, putting Japan into disarray in the opening 40. This kicking ability resulted in their first score, as well as forcing several knock-ons in the Japanese 22.

Added to this, their forwards were very athletic despite their clear size advantage over some of their opposite numbers. In particular, their front row carried well for the duration of their time on the field. In particular, their hooker Stanislav Selskii showed good pace and strength in the opening phases of the match.

Their backrow was impressive too. Blindside flanker Vitaly Zhivatov made some monstrous carries, as well as some massive hits when in the defence. Number eight Nikita Vavilin showed a good turn of pace as well as impressive stamina for such a large man.

The reason that Russia couldn’t remain competitive was simple. Their efforts in the first half were so great, they could simply not keep it up in the second period. This was typified by Matsushima’s third try. Artemyev’s kick in his 22 remained in play and went straight into Japanese hands, leading to a score.

Unfortunately, the scoreline makes it seem as if Russia were never in this game, and whilst it doesn’t ultimately matter, they were a superb opponent and will offer a good test to the rest of the teams in their pool.