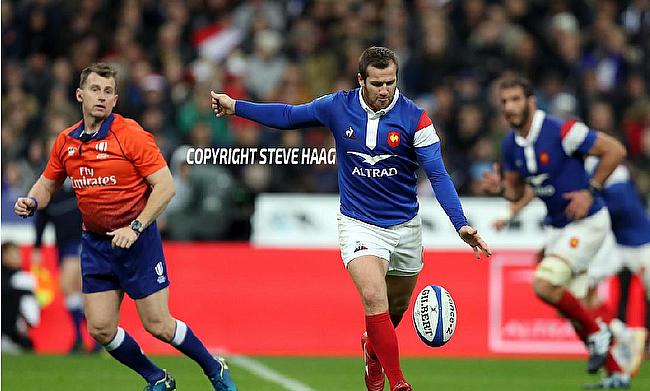 France survived a second-half fightback by Argentina to win 23-21 in a pulsating World Cup encounter in Tokyo. Ben Mercer gives us his verdict.

This was thrilling stuff.

France and Argentina played out a classic game of two halves in front of cacophonous travelling support who kept up the singing and dancing throughout.

The French completely dominated the first half, putting the fear of god into any potential opponents as their backs ran riot. Damien Penaud, Gael Fickou and Virimi Vakatawa tore the place to pieces while Maxime Medard punctuated their play with a delightful variety of passes, putting his colleagues into space on the outside.

Antoine Dupont played like he usually does and Romain Ntamack was the coolest head out there, nailing all of his kicks. It was looking ominous for Argentina at half-time, staring down the barrel of a 17 point deficit and a potential shellacking, even if they had ascendancy in the scrum with the front row of Figallo, Creevy and Chaparro causing problems.

This is France though and while they seem to have rediscovered some joie de vivre, they've also retained their French capacity for wild swings in form.

In fairness, they were cursed by the commentary team who came out with the fateful statement, 'Argentina have never come back from such a big halftime deficit'. Watching the game, you wanted Los Pumas to respond to make the game entertaining and they certainly did that.

Nothing went right for France when the game resumed and Argentina punished them with their tight play, forcing penalties and scoring tries from the resulting mauls, the first after a brave kick to the corner and a smartly worked lineout move. France were fortunate to not receive a yellow card for repeated infringements as they defended their line

Argentina replaced Nicolas Sanchez with the dead-eyed Benjamin Urdapilleta and his penalty suddenly put the South Americans in front. France looked a completely different side and the last 15 minutes were set to be incredibly nervy.

Experienced substitute Camille Lopez showed that he had some bottle, sneaking over a drop goal immediately after going behind. The rest of the half was nervy, neither team wanting to give anything away.

Gael Fickou could have given the game away with a boneheaded challenge on Emiliano Boffelli, who just dragged his long-range penalty wide. France held on to win and an outbreak of fisticuffs after the final whistle showed how tense the game had become.

There have been signs that France are able to play like they did in the first half over the course of this year and on that opening 40 minutes, every team is going to fear them. They can recover well after this game, concentrate on maximising their returns from the next pool games and preparing for a probable decider against England in the final pool match.

After scoring a try and beating five defenders during #FRAvARG, your @mastercard Player of the Match is Gaël Fickou of @FranceRugby #RWC2019 #POTM #StartSomethingPriceless pic.twitter.com/Lhk2UKbxML

The selection of experienced bench players like Lopez, Machenaud and Picamoles looked intelligent considering the way that the end of the game played out, and serves as a contrast to the way Eddie Jones used his ‘finishers’ as guys to come on and lift the tempo at the end of games. France have tournament pedigree, contesting 3 finals, and they’ve taken a significant step towards the knockouts with this win where their unpredictability will make them unfancied opponents.

Argentina will be devastated, firstly that they didn't manage to put their best foot forward when the game kicked off and secondly that they didn't manage to sneak the win in the end. They showed that they can ramp up the pressure but they need to find a way to bring their backs into the game a bit more if they want to beat England, a necessity now for them to reach the knockout stages.

The Jaguares backs have shown some flair in Super Rugby this year, but they were given almost no opportunity to show their stuff in this one. Let’s hope De La Fuente, Moroni and the gang get more ball over the next couple matches to add a threat to their impressive tight game and that they’re firing when they meet England in a fixture they’ll have to win to progress.

France have put themselves in the driving seat with that important victory but they can’t afford a similar collapse against England if they want to top the pool. Of course, that’s not a necessity to win the tournament and on the evidence of this match, the French rollercoaster will be a thrilling ride to jump on at this Rugby World Cup.