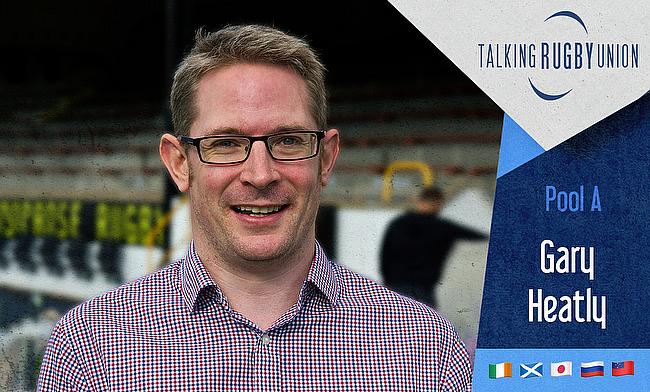 Ireland, Scotland, Japan, Samoa and Russia will contest Pool A in the Rugby World Cup and TRU’s Gary Heatly has cast his eye over all five teams.

Pool A may be the only Rugby World Cup 2019 pool that does not have a previous winner of the competition in it, but do not let that fool you, this section is going to be very tough to get out of.

World number one side Ireland will be the favourites to progress with seventh in the world Scotland next in line to join them in the knock-out stages.

However, host nation Japan are going to be a tough nut to crack and Samoa can never be discounted when they get things right on and off the pitch.

Russia are ranked 20th in the world and will have to go some to cause a shock result against any of their four opponents, but they are a physical team who will certainly test others out in the tight exchanges.

Ireland’s star men behind the scrum often get the plaudits, but you get the feeling that the big men in the pack are the bedrock of this squad.

Captain Rory Best, a hooker, and prop Cian Healy have 211 caps between them while Iain Henderson at second-row is approaching 50 international appearances and is getting better and better.

There was a bit of controversy when Joe Schmidt picked Jean Kleyn ahead of the experienced Devin Toner to also cover the second-row position, so it will be interesting to see how the former does out in Japan.

In the back-row, Peter O’Mahony really leads by example and CJ Stander has become a big ball carrier for this Irish team at No.8.

Conor Murray and Johnny Sexton are one of the best halfback pairings in the world and they play with such control no matter what the situation that you do not imagine them to get flustered by the slippy balls out in Japan.

Ten tries in 21 outings at the top level tells you all you need to know about just how dangerous winger Jacob Stockdale can be and there is a feeling that if Ireland can get their best side out on the pitch fit and firing, then they can go deep in this tournament.

Scotland came within a whisker of making the Rugby World Cup 2015 semi-finals, but were edged out by Australia in the last eight at Twickenham.

However, the expansive game that Scotland employed that day in London to nearly shock the Australians in the 36-35 loss left their supporters enthusiastic going forward.

Whenever a sports man or woman plays in a big event like the @rugbyworldcup, it is important to remember that they are inspiring many youngsters - and @GrantGilchrist certainly inspires those at @alloarugby, find out more via @TalkRugbyUnion https://t.co/NorIypAgbl #RWC2019

In 2018, the highlights for the Scots included a 25-13 win over England to clinch the Calcutta Cup during the Six Nations and a 44-15 victory in the summer away to Argentina.

Low points included two away defeats to Wales and also a 30-29 defeat in the USA and heading into 2019, consistency was the thing that the team were really searching for.

That consistency is still lacking, but a number of young players have been making their mark of late including back three players Darcy Graham and Blair Kinghorn while back-row Jamie Ritchie is a great talent and captain Stuart McInally, now he has nailed down the starting hooker spot, just gets better and better.

We know that Japan like to play against the big teams - their sensational victory over South Africa showed us all that during Rugby World Cup 2015 - so they will be relishing the chance to take on the likes of Ireland and Scotland.

Head coach Jamie Joseph said his side would be giving 150 percent in every fixture, so expect whole heartedness in abundance from the Brave Blossoms.

The likes of captain Michael Leitch, Hendrick Tui and Lappies Labuschagne will be key in the back-row.

And if Japan can get enough ball, they have very dangerous backs and, with Joseph and the other coaches having worked hard on fitness in the last couple of months, the players behind the scrum are fitter than ever.

Like Japan, Samoa are not lacking in the back-row department either and captain Jack Lam is a very strong leader for their squad that is overseen by head coach Steve Jackson.

The Pacific islanders have always had exciting backs who have lit up previous Rugby World Cups and the likes of Rey Lee-Lo can unlock any defence given half a chance.

Prop Michael Alaalatoa and scrum-half Scott Malolua have only just made their Test debuts, but have been included in the squad and will be itching to get out there.

Alaalatoa has great family connection with the Rugby World Cup, his brother Allan has been included in Australia’s squad while their father Vili represented Samoa at Rugby World Cup 1991, playing in the famous 16-13 defeat of Wales in Cardiff.

Remember that 1991 is one of two times - also 1995 - when Samoa reached the knock-out stages and the current crop of players will be giving it their all to make that a reality once again.

The Russians are playing in their second Rugby World Cup following on from 2011 and although they are one of the lowest ranked teams at the showpiece event, they certainly have enough firepower on their day to cause teams problems.

They showed this earlier in the year when they defeated Namibia - who are also at this tournament - 20-0 in the Nations Cup.

In that one back-row men Tahir Gadzhiev and Victor Gresev - the latter should reach 100 caps in this tournament - scored tries and expect Lyn Jones’ men to use their back-row a lot in this game to carry a lot of ball.