Another lock down for England 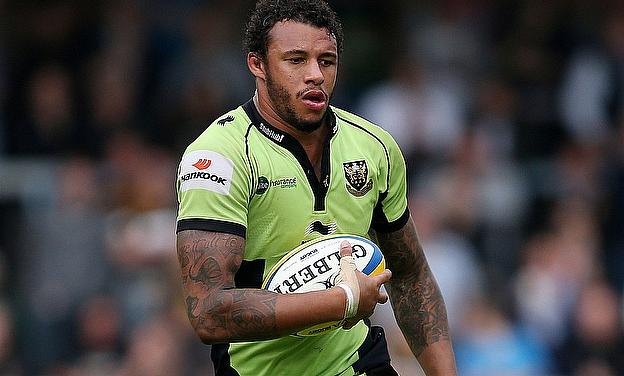 England have been dealt another major second-row injury blow ahead of their forthcoming RBS 6 Nations campaign.

Mallinder said Lawes is set to miss "the first few weeks" of the Six Nations, which means he is likely to be absent for opening appointments with Wales and Italy on February 6 and 14.

England are already without Wasps lock Joe Launchbury for the whole tournament as he continues his recovery from neck surgery.

He has not played since that game, and now the full extent of his injury has been confirmed.

England head coach Stuart Lancaster is due to name his Six Nations squad on Wednesday, with the second-row partnership against Millennium Stadium hosts Wales now set to be be two from Dave Attwood, George Kruis and Geoff Parling.

"Courtney, unfortunately, has not recovered from his ankle injury," Mallinder said.

"He will be going in for a little operation on Monday.

"He has got a little bit of bone that he just needs clearing out, so he is going to miss the first few weeks of the Six Nations, as well as missing next week (when Northampton face Racing Metro).

"It is just a little bit of bone that chipped off in the Leicester game.

"He would be expected to get back (playing) while the Six Nations is still going on.

Lawes, 25, has won 36 caps and become a mainstay of the England set-up. His absence against Wales, especially, is likely to be keenly felt.

On the field, Northampton edged closer to the Champions Cup quarter-finals - and a potential home draw - after grounding Liberty Stadium hosts the Ospreys.

Victory over the Parisians would not only guarantee that English champions Saints go marching on, it would also ensure home advantage in the last eight.

Mallinder added: "I am pleased with the game. It is about control, and we had good control.

"We didn't overplay, we didn't want to take chances and we thought our pack could get on top. It was a good scrum performance, in particular.

"Defensively, we were a lot better than last week (against Sale). To keep a good side like the Ospreys to not scoring any tries is a good feat.

"It is going to be a great game next week.

"We have recovered from losing the first game (against Racing) and we have given ourselves a chance, which is all you can do.

"They are one of the best teams in Europe, but we know that we can beat them. If we do beat them, we've got the massive bonus of a home quarter-final, which is a huge incentive."

Mallinder, meanwhile, hoped that a knee injury to full-back Ben Foden - that forced him off after just 11 minutes - was "not too bad".

The Ospreys, after suffering a third loss from five starts in Europe this season, are now out of quarter-final contention.

And Ospreys skipper Alun-Wyn Jones had no complaints following a first-half sin-binning for Saints centre George Pisi following a dangerous tackle on fly-half Dan Biggar that many observers felt warranted a red card.

Jones said: "I think it was definitely a yellow.

"When we kept possession, we looked pretty dangerous. We can probably take a lot from the losses we've had in a strange way, because we were so close.

"Northampton were efficient. They had two (scoring) opportunities, and they took them."