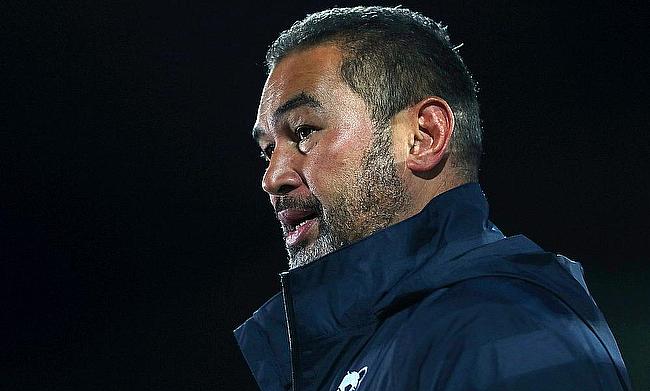 And so it begins again….

Less than four weeks after the denouement of a most strange 2019-20 Gallagher Premiership season, an equally peculiar 2020-21 campaign pokes its head around the corner, with 12 clubs ready to renew hostilities against a backdrop of a second lockdown and with a raft of players away on international duty.

The coronavirus has messed with the rhythms of the rugby year such that a mid-November start amid a new autumn tournament seems curiously conventional, but these are strange times indeed.

Pre-season would normally have brought a squad refresh and time for players to recover and recuperate, but this is more of a rollover, with the teams that were involved to the very end last season having particularly limited time to take stock before preparing to go back into battle.

The Bristol Bears were one of those sides. Forced to push back their Challenge Cup celebrations in case a coronavirus outbreak in the Wasps camp meant they were required in the final, Bristol have not had much time to reflect on the thrashing that the Coventry-based side inflicted upon them in the Premiership play-offs.

This is what it's all about...@BristolBears sing the Blackbird song after winning the Challenge Cup ??#ChallengeCupRugby pic.twitter.com/0UJd7fN5Dt

As they open the season against those very same Wasps, Bristol’s Director of Rugby, Pat Lam, has plenty to consider in readying his side to go again.

“Obviously we finished really well,” Lam said ahead of Bristol’s season opener. “It was tough in the sense that we played a lot of games and were one of the only teams that were fighting on two fronts right until the end.”

Bristol are one of the few sides awaiting a new arrival – code-hopping wing Ratu Siva Naulago was embroiled in Hull FC’s recent playoff exploits - but it is their other absentees that catch the eye. These are perhaps most keenly felt at fly-half, where none of Ioan Lloyd, Callum Sheedy or Max Malins have been deemed surplus to requirements by Wales or England.

With Semi Radradra also on international duty - though not playing after a coronavirus outbreak in the Fijian camp - and Luke Morahan and Charles Piutau nursing Achilles injuries that are expected to keep them out until the new year, Lam is without virtually an entire starting backline.

Up front, Harry Thacker, Dave Attwood, Nathan Hughes and captain Steven Luatua are also unavailable for the Bears this weekend. While some may be back for Round Two, an absentee list that includes some 15 regular members of his first-choice 23 does not leave Lam flush with options for Bristol’s season opener.

Yet such a long list of absentees can bring opportunity for those that remain, and as Lam assesses his squad, he is looking ahead positively: “We just have to adapt. That is what rugby is about. Some people might look at that list and think ‘wow!’ I look at that and think great opportunity.

“If we are going to be the team we want to be, as I have always said, we don’t rely on the individuals, despite how good they are. It is about the next guys stepping up.”

If Bristol’s success has been built upon the efficacy and togetherness of the collective and system, then this start to the season offers a great chance to display that, with so many individuals absent.

It is certainly a tough beginning. Wasps are the only Premiership side that the Bears have failed to beat since their return to the top flight (or, indeed, since 2006), and the semi-final thumping remains fresh in the memory.

“They are certainly our bogey team, the team that we haven’t beat in the two years we have been back in the Premiership,” Lam said of Lee Blackett’s side. “They were superb, they beat us fair and square in the semi-final, and that wasn’t nice to take.”

Since Lam’s arrival in the south-west, Bristol have climbed rapidly, first winning the Championship, then establishing themselves and their unique style in the Premiership, before last year tasting silverware and bursting into the top four. The latter achievements puts them ahead of schedule – top six was the target last year – so what would represent a successful season in Lam’s mind?

“We would go backwards if we don’t make the top four so for me, that is our bottom line. Once you get to the top four, you have a chance. We had a chance last year but we blew it.

“Once you have the goal, every week you have to be picking up points. The figure is around 65-70 points, so every game matters. We have a very good Wasps team away, which is the toughest start you could possibly get, and that’s a challenge.”

This year presents another brutal schedule, with players and coaches confronting a continuous seventh-month season without a weekend off from either Premiership or Champions Cup action.

Thus, both physical and psychological readiness will be key. As Bristol and Lam look to achieve their lofty goals, extinguishing the ghosts of the games gone before against their least favourite foe would be the perfect way to start.