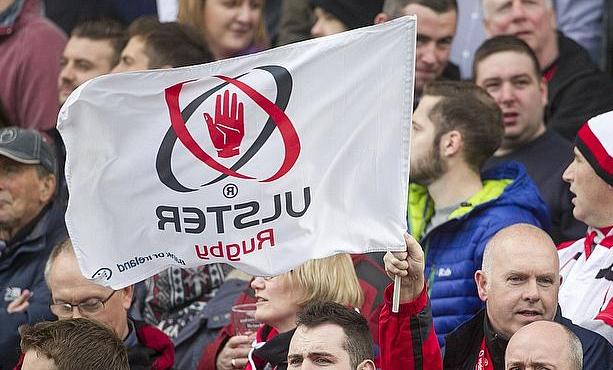 Ulster captain Iain Henderson to miss Champions Cup quarter-final against Toulouse
Connacht and Ulster given clearance for training after successful Covid-19 testing
TRU Six Pack, Isolation Edition - Will Addison, Ulster/Ireland
Will Addison: A sports team can be the heartbeat of the city and in Belfast, that is Ulster

Leinster. That is the challenge Ulster will face on Saturday evening. Just the name inspires a sense of trepidation and a challenge that so many struggle with.

It took until the last kick of the game for Dan McFarland's side to beat Edinburgh in the Pro14 semi-final last weekend as Ian Madigan slotted a late penalty with the clock in the red. As a result, the former Leinsterman will now come up against the team who he won various titles with and the final takes place at a stadium where he has also pulled on the green of Ireland.

Leaving Dublin in 2016 for Bordeaux, Madigan has since represented Bristol, helping the club win promotion from the Championship in his first year there. It was in his second season where starts became few and far between.

“I don’t really have any demons from the last 18 months,” Madigan said. “I still think I have been true to myself in how I have gone about my training and getting my mind right and my body right to hit the ground running with Ulster. At the same time, it is probably a period that went quite slowly for me.

Here are the 23 to face @leinsterrugby in tomorrow night’s #GuinnessPRO14Final at Aviva Stadium ??

“I am very lucky I have got great people around me. Just being able to draw on them and spend time with them throughout the last few months and getting them to build my confidence back up has been great. I suppose, even with the club, Dan (McFarland) is big on the psychological side and he has been great for building up my confidence and ensuring that I fit into the squad really quickly.”

McFarland’s arrival in Belfast signalled a changing of the tides for Ulster. Following a difficult period for the club, he took on a role that seemed incredibly challenging from the outside looking in. This came after several then-Ulster players were embroiled in a rape and sexual assault trial and the off-field picture clearly had an impact on the team's performance.

Along with McFarland came Billy Burns from Gloucester, Will Addison from Sale, Marty Moore from Wasps and Jordi Murphy from Leinster. The side went from strength to strength and they have continued to progress, both domestically and in Europe.

“A lot of things have changed in the period,” McFarland said. “Not least circumstance and context. The anus horribilis that was the year before was a lot to do with off field stuff. Perhaps a bit of stability coming in, the fact that as a club, this isn’t something just about now. It’s about saying we are capable of doing this, we have a plan on how we are going to get there.

“We are going to demonstrate to everybody that everybody that works here in this building actually gives a shit. Not that they didn’t beforehand, because they 100% did, but there was a perception because of what happened that year that people didn’t. That perception was wrong.

“That perception is really important and because of context out of people’s control, that disappeared for a six month period. Luckily for me, I came in and everybody had moved on from that. I was in a position for a fresh start where it was just a question of focusing people’s minds.”

Coming up against Leinster, McFarland is completely aware of the challenge. Having coached with Connacht for the best part of nine years, the Englishman has had his fair share of disappointing afternoons against the Dubliners. Of course, a final is a one off and on the day, anything is possible.

Regardless of that fact, it is set to be a hard fought game at the Aviva Stadium. Each side have Champions Cup quarter-finals to be preparing for, adding to the intrigue of how both teams will compete and McFarland’s Ulster are pledging to give themselves the opportunity to win silverware.

“I have spoken to them about the fact that we want the pressure on us, because if you don’t have the pressure on you, I genuinely believe that you don’t care enough,” McFarland said. “We promised ourselves that our goal was to win silverware, as hard as that is going to be and the fact that only one team can do it. That’s what we said.

“That is the only thing that we wanted and with that comes pressure. The pressure to perform to the level you know you can and also, the fact that if you lose, there is a huge amount of pain afterwards. In sport, if the losses don’t hurt, the wins don’t mean as much.

“How can you possibly enjoy the heights of winning if you don’t know the massive lows of losing? The losses are only low if they mean a lot to you. That’s why we put the pressure on ourselves.”

Iain Henderson returns to the starting line-up following injury, whilst Madigan is on the bench against his former side. John Cooney is also amongst the replacements, with McFarland favouring a 6-2 split to allow for more firepower come the end of the game.