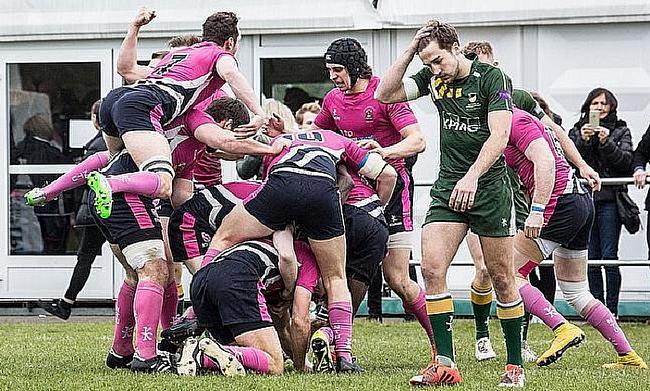 Alistair Bow is more than aware the bigger picture needs to be focused on.

Nottingham Rugby’s chairman recently released a statement on their club website where he expressed his opinion regarding the future of English rugby.

Bow pinpointed the importance surrounding the development of players at Nottingham Rugby and a key factor in their progression is the Championship side’s partnership with Nottingham Trent University.

Their growing link with the BUCS Super Rugby outfit was labelled as ‘the best thing ever to happen to Nottingham Rugby’ by Bow and the bond between the two institutions is becoming stronger.

Recent graduate Tim Cardall came through Nottingham’s system and now he is contracted to Wasps while the likes of Alex Goble, Cecil MacCarthy and David Williams are the current crop of NTU players experiencing the same pathway.

“I think when we moved out of Meadow Lane [in 2015] and decided to take control of our own destiny, the first thing I found was we were quite possibility isolated,” Bow told TRU.

“It was as if we were nothing more than a Championship professional team and there was nothing backing us up. I had to make that call to say enough was enough. We just seemed to be losing the club atmosphere.

“Then when I went to the Bay [Lady Bay], it was as if we started to become a rugby club again. We were back with our amateur club, the Corsairs, and when we came back together again, we all became ‘one’ after having little interaction. The family grew and more people wanted to get involved.

“Added to this, we’d always done work with schools and the universities, but actually, I think we both realised we could do more for each other. Nottingham Trent University wanted to attract people to the university, but more importantly, they wanted to make sure they retained people in Nottingham after they had finished their studies.

“What we needed to do was to find them a career in Nottingham and rugby was just one of those careers that would enable that strategy to progress.

“Today, we have got people coming to NTU to gain an education, but not only that, they can play their sport at a very high level. I see that as a win-win. The university is now attracting very skilful rugby players that we can work with together.”

Nottingham Rugby head coach Neil Fowkes is continuing to play a crucial part in linking the Championship squad with Trent.

Last year, Fowkes was in charge at NTU during their debut season in BUCS Super Rugby and currently 11 students from the university are involved with Nottingham’s senior side.

The process of bringing the next generation of players through is only enhancing, but also, it is proving to be a much more sustainable approach by Nottingham themselves.

“Nottingham Trent are now in BUCS Super Rugby and I am not saying that is because of us, but I think we have got a big part to play in it because we share coaches and resources,” Bow said.

“Prior to Neil taking over as our head coach from Ian Costello last summer, Neil was spending 50 per cent of his time training the NTU team. We have continued that as we have now got Alex O’Dowd looking after NTU, but he is also employed by us.

“What we are finding now is that we can bring in young talent from the University into our academy and what we have started to do, is bring that young talent into our first team.

“That is how we are starting to make the club sustainable because we are not going out there and just spending money on players. We are still finding the players we want, but then we fill the gaps with people we can bring forward out of our academy.

A number of NTU’s players have been involved at Championship level this season and Bow was also keen to stress how valuable the second tier and university rugby is to a young athlete in terms of their continuous development.

“I just think it is pointless just sitting on the bench and not playing. It is not beneficial to them when they would be far better off playing in the Championship and at University.

“It is a model which I think PRL [Premiership Rugby Limited] and the RFU will be very ill-advised not to look at. You’ve got Exeter, Northumbria, Bath, Hartpury and Loughborough who I see as big rugby universities and Nottingham Trent is climbing that ladder very quickly.

“I think the partnership we have got working together can only get more successful both on and off the field so it is very exciting.”

Nottingham Trent currently sit ninth in BUCS Super Rugby and next up, they host champions Hartpury on Wednesday afternoon at Lady Bay. Kick-off is at 3:30pm.