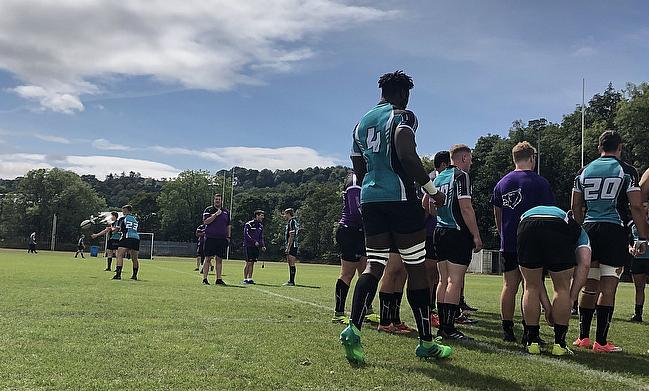 Leeds Beckett University maintained their momentum from 2018 as they beat Nottingham Trent University in the first BUCS Super Rugby fixture of the New Year.

Kerry Wood and Colin Stephens’ side clinched back to back wins before the Christmas break and Beckett continued moving in the right direction with an excellent victory on Wednesday.

With every team now having played 12 matches this season, the Yorkshire outfit remain seventh in the table, but they sit 14 points clear of the relegation spot while Nottingham Trent are just one point above the drop zone.

With a full programme of BUCS Rugby fixtures to come next week, let’s wrap up the action from across the university game as January draws to a conclusion.

Beckett led 12-0 at the interval thanks to tries from Kieran Davies and Harry Robinson.

A fantastic way to restart their @BUCSSuperRugby campaign after the Christmas break.

A close ranged score and a try from Beckett’s John Okafor came either side of one from Trent at the beginning of the second period.

But, Chester Duff, Okafor and Jonny Keh added further tries for the hosts as Beckett secured their third victory on the bounce. Trent did conclude the game with a consolation score, but it is now no win in six for the Midlands club.

Northumbria University increased the pressure on league leaders Durham University by thrashing the University of Birmingham 69-0 in their first fixture back after Christmas. The North-East side are just two points behind Durham, but their near neighbours do have a game in hand.

In the only other game in Premier North this week, Loughborough University secured their second consecutive victory by beating the University of Edinburgh 25-19.

Following the Christmas break, North A returned to action and league leaders the University of Newcastle took another step towards the title after beating the University of Edinburgh 29-20. They are now 17 points clear of second placed the University of Birmingham, but the Midlands club do have a game in hand.

Elsewhere, the University of Leeds begun the New Year with a crucial 34-26 victory over Loughborough 2nds. The division’s bottom club are now five points behind seventh placed Edinburgh, but Leeds have played two fixtures less than the Scottish side, who sit directly above them.

Also in this league, Bishop Burton College sealed their fifth win of the campaign by beating Durham 2nds 20-17.

Apologies for the lack of updates. Rumours of the media secs being impeached? Final score 31-33 to the boys in black and gold after a close finish! #topoftheleague ??

With table toppers Hartpury 2nds not in action this week, Swansea University were able to cut the lead at the summit of South A to 10 points as they beat Cardiff Met 2nds 28-10. The Swans have now won five games in a row whilst also in South Wales, third-placed USW claimed a bonus point victory over UWE.

Exeter 3rds are now level on points with South B leaders St Mary's University have thrashing the University of Portsmouth 49-12. Exeter have played two more games than the table toppers, but they were able to increase the pressure at the top.

Third-placed Hartpury 3rds secured their third win on the bounce following an excellent 50-13 win away at Reading University and Cardiff 2nds claimed the bragging rights against Cardiff Met 3rds with a 24-20 victory.

In Scottish 1A, Herriot-Watt University missed the chance to close the gap on the University of Aberdeen as they lost 22-19 against the University of Dundee. The Edinburgh-based university are now six points off Aberdeen having played a game more than the league leaders while Dundee sit in fifth.

Northern 2A and Northern 3B

There was only one game scheduled for Northern 2A this week, but due to the recent cold weather, Sheffield Hallam’s clash with UCLAN was postponed as was Hallam’s 2nds fixture with York 2nds in Northern 3B.

In Midlands 2A, league leaders the University of East Anglia maintained their 100 per record in the division as they clinched their seventh win on the spin against Coventry University.