"It's helped me develop as more of a team player" - Farnworth 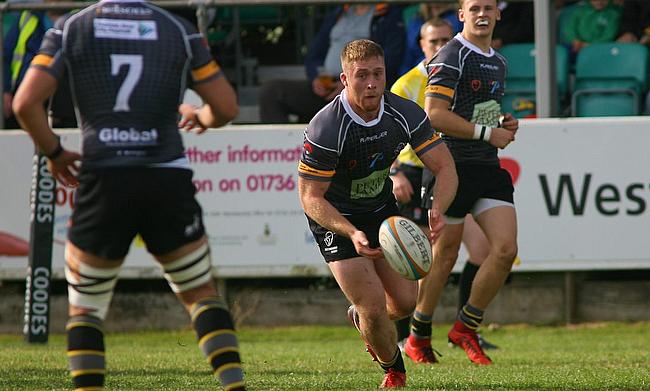 Wins for Northumbria and Cardiff Met increase pressure at the top
Cardiff Met can't look too far ahead, says Northmore
Second half blitz helps Bath go to the summit
Nottingham Trent score last-gasp try to open with a victory

“It’s helped me develop as more of a team player, more of a communicator,” said Jake Farnworth when asked about how playing in BUCS Super Rugby has improved his game.

“When you’re playing in teams like Leicester, you can fall into a category of another team player and just be there doing your role.

“Now that I’m at Trent, I’m the most senior bloke in the team and there is a different pressure on me. I have to realise the capabilities of other players, their understandings and where they’re at, which isn’t really something I’ve had the pressure of doing regularly, it’s just a different aspect of what I have to do, but it’s good.”

Farnworth moved to Nottingham after a spell at Birmingham Moseley that made the hooker realise the importance of having a degree to fall back on when rugby is finished. “It made me realise that I needed to go to uni and get something more under my belt, before I maybe go back to Nat 1.”

Farnworth then set about looking at universities that could support his career outside of the classroom. When initially looking at the potential of joining Nottingham Trent, Farnworth spoke to a former teammate at Leicester, John Hargreaves, about what NTU had to offer.

The @NTURugbyUnion first team is back in action at The Bay tomorrow afternoon! It’s free to attend and there’s the opportunity to watch some of our fantastic NTU players who balance studying with professional rugby! #PartoftheTeam https://t.co/IaXJJhaw9U

“At the time they, were looking at getting promoted to BUCS Super Rugby and I was unsure whether I’d go to uni and then commute to Moseley,” Farnworth said. “But I learnt that the rugby at Trent is a good standard and I’d be getting regular game time.

“I wouldn’t say I’m living the average uni life, put it that way. There is a lot of work and there are certain things you have to miss and work around a different schedule, but I did that for my A-levels,” Farnworth added, referencing having to juggle his studies as a 16-year-old in the Leicester Tigers’ Academy having recently left home.

Farnworth has joined a long list of players who have played for both NTU and Nottingham Rugby Club. Joining NTU when under the guidance of Neil Fowkes, the Nottingham stalwart is now Farnworth’s club coach in the Championship.

Fowkes, a former front-row himself, as well as Andi Kyriacou, the former Ulster and Cardiff Blues hooker, get a lot of praise from Farnworth for his development as a front-row forward. “Fowkesy has played, 200 or 300 games at Notts in the Champ and Kyrie has had quite an illustrious career, he added. “They’re the types of blokes I need above me.

“Anything that I can learn from them is going to be beneficial to me. Just to take those little pearls of wisdom. I spend many a session looking through scrums and lineouts with both of them and it really does help me.”

A converted backrow player, Farnworth is listed as both a hooker and a backrow for NTU. The 23-year-old admits it is a position he is unable to shake off. “Originally, I was a backrow and I seem to not be able to get out of being a backrow still,” Farnworth said smiling.

TEAM ANNOUNCEMENT | This is how we line up today..

“I think the plan was, if I got a bit taller, I may have stayed there, but I never did get those few inches, so I ended up getting a bit wider and moving forwards. I still put on the short studs every now and again and go back there every now and then.

“I won’t lie I do enjoy it. I wouldn’t say it was easier, but it’s different and allows for a bit more freedom. If you need me there, I’ll play centre, I’ll play wing, I’ll play 10 if anyone is listening?” said Farnworth, raising his voice in case any of the coaching staff were within earshot.

It is difficult not to draw comparisons between Farnworth and a rather well-known English hooker who also played for Nottingham and studied law in the city, albeit at a different academic institution; Brian Moore.

Moore played in the East Midlands side in the eighties, until 1990 when he moved to Harlequins. He won his first England caps at the club and also went on a Lions tour in 1989 “I’m following in some decent footsteps then!” said Farnworth.

“Law isn’t something people take on willy-nilly. When he did it was more a case of, that was their life. He needed something else alongside and I’m realising that and it still is that way to an extent. Rugby isn’t quite at that level where you are set for life, but if he did it, it can’t be too bad.”