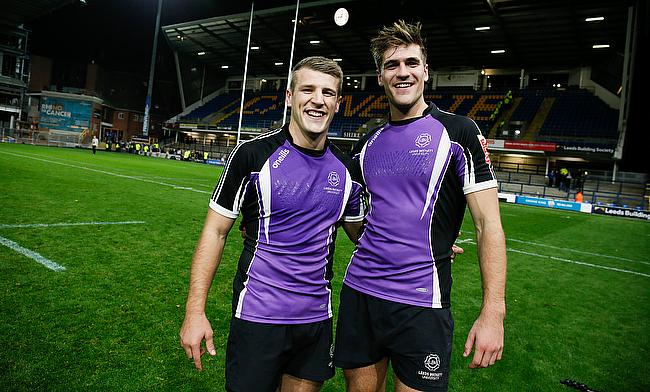 Ending 2018 with two consecutive wins, Leeds Beckett have put themselves in a good position to build on in the second half of the BUCS Super Rugby season.

One player who is optimistic about getting into the playoffs is wing, Chester Duff, whose BUCS rugby career started in Leeds Beckett’s fourth team.

“I started out as a centre in our fourth team, slowly worked up through the teams and moved out to the wing,” said Duff. “I got my first Super Rugby start away at Cardiff Met towards the end of last season, had a good couple of Super Rugby performances and in the BUCS Sevens. That then led to playing for England Students 7’s in Italy last summer.”

Now a regular in the Beckett side, Duff has put out some impressive performances for his side this season, helping to record excellent wins over the University of Exeter and current Hartpury. “The league has been so closely contested this year and there have been so many shocking results,” he added.

“Winning against Hartpury away was probably everyone’s favourite (win) so far this season at Beckett. Personally, getting the bonus point try was a pretty nice way to top it off. Winning 29-0 away at Exeter was pretty unbelievable.”

Beckett concluded the first half of their BUCS campaign with a victory over Bath at the Carnegie Rugby Pitch. Having taken a month’s break since then, Duff is confident that the team have benefitted from their time off: “We have an almost fully fit squad for the first time this season and we have come back into training looking sharp

“In recent years, we have struggled to come back after the Christmas break. So, this year we have tried to knuckle down and this will hopefully be reflected in the upcoming results.”

Finishing the first half of the season placed seventh in the BUCS Super Rugby table, Duff feels that his side are “unlucky” to be in this position with the squad that Beckett has. Losing out narrowly to Bath, Hartpury and Loughborough, Beckett games have certainly been close-run affairs. However, with fixtures against their closest rivals to come, Duff believes that Beckett still have a chance to get to Twickenham.

“We’re looking to chase down Northumbria, Bath and Durham in the league. With the chance to play Northumbria and Durham twice, we are setting our sights on climbing the table and have a crack at making it to Twickenham in April.”

Forget being upset about #BlueMonday this week's all about #PurpleWednesday and our return to @BUCSSuperRugby action!

Here's what you need to know about this week's big game:

Studying Sports Marketing, Duff has prospered at Beckett, even playing for Yorkshire U20s and having a successful run-out at Twickenham. Duff hopes to see how far rugby takes him upon finishing his studies at university, however, a date with Nottingham Trent University is first on the agenda.

Trent currently sit one place above the relegation zone after picking up just three wins all term and Duff is keen for Beckett to begin 2019 on the front foot.

He concluded: “I know the boys are confident and looking to carry the momentum through to the New Year. But, I know Trent have some exciting players and it’s sure to be a top quality match.”

Beckett’s home fixture with Nottingham Trent on Wednesday is the only game taking place in BUCS Super Rugby this week with a full programme of matches to come on January 30th.