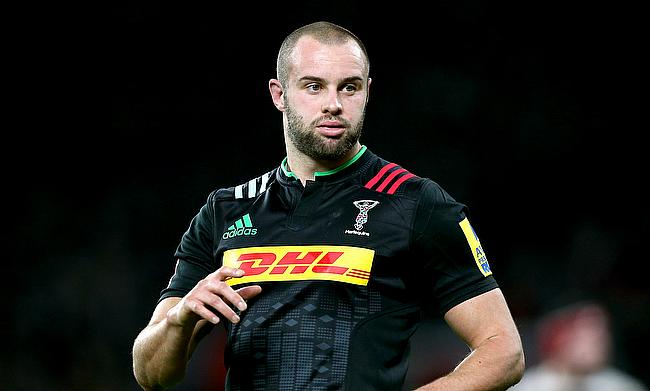 Ross Chisholm scored the opening try in the game
©PA

Harlequins successfully overcame a double from Ollie Thorley as they edged out Gloucester Rugby 23-19 in the fifth round of the Gallagher Premiership at Twickenham Stoop on Sunday.

This is Harlequins' second win from five games as they climb to the eighth position in the table while Gloucester are at the seventh place.

Marcus Smith started the proceedings for Harlequins with a ninth minute penalty goal but Thorley led Gloucester's response with the first of his two tries in the 14th minute and Danny Cipriani kicked the conversion.

Just as the second quarter kicked-off, Harlequins got their opening try through Ross Chisholm but Thorley's second few minutes later meant the teams finished the first half with a 10-12 scoreline.

Smith put the Quins into the lead with a penalty kick early in the second half and the one point lead remained intact after Ben Morgan and Alex Dombrandt exchanged tries in the 57th and 61st minutes respectively.

The game entered the final 10 minutes with all three results possible and it was Smith with his final minute penalty ensured Harlequins completed a thrilling four point win.

“They’re the best set-piece attacking team in the league and I thought we neutralised that really well so that was good to see.”

“Gloucester are coming off the back of five losses in a row and it was tough so the league is so competitive and you’ve got to keep trying to stay within the fight as much as possible, but the team believe in each other; We’ve got a big injury list so we are testing the strength of our squad and the reserves did really well.”