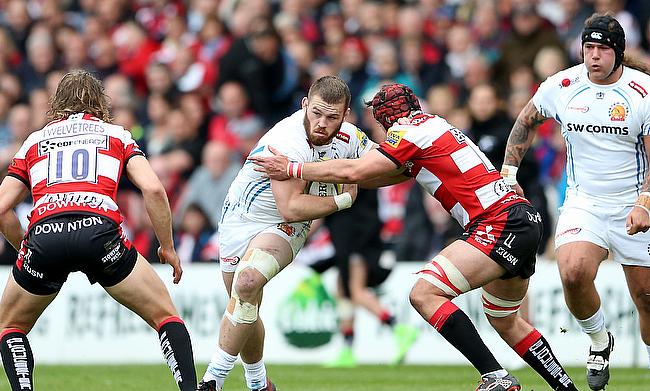 Exeter Chiefs bounced back in the ongoing Gallagher Premiership as they trounced Wasps 38-3 at Sandy Park on Saturday.

This is Exeter's third win from five games as they move to the second position in the table with 15 points while Wasps with their fourth defeat are at the 10th place.

The home side got off the mark in the second minute when Ben Moon touched down and Gareth Steenson kicked the conversion to take them to a seven-point lead. As Jacob Umaga and Steenson traded penalties the teams went into the break with a 10-3 scoreline.

Baxter's men were quick to get off the block in the second half with Luke Cowan-Dickie crossing over in the 53rd minute and Steenson's conversion increased their lead to 17-3. Their momentum took a boost when the visitors lost Kieran Brookes to sin-bin for persistent infringements at the scrum and to make things worse Exeter were also awarded a penalty try.

The final 15 minutes were all about Exeter's quest for the bonus point and it came in the 67th minute with Tom O'Flaherty's try. As the final minutes were approaching, Alec Hepburn capped off a fabulous game for Exeter with his side's fifth try to complete a 38-3 victory.

“I've got to credit the players, they've ticked all the boxes. I felt like I was watching a genuine Exeter Chiefs Premiership performance," said Exeter Chiefs director of rugby Rob Baxter.

“The kind of which over 80 minutes just collects points, pick and goes, maul tries, scrum penalty try, a scorcher from Tom O'Flaherty.

“We scored in a variety of ways. What we did really well was we kept genuine Exeter Chiefs pressure on Wasps for the entire game.”