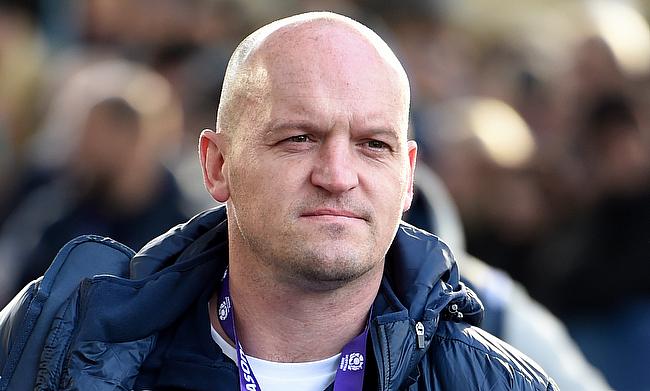 Scotland head coach Gregor Townsend was pleased with the deal to have five English-based players released for the final game of the Six Nations against France.

With the fixture in Paris falling outside the agreed international window, the Scottish Rugby Union reached an agreement with Premiership Rugby to have five players including Exeter's Stuart Hogg and Sam Skinner, Harlequins' Scott Steele and Gloucester's Alex Craig and Chris Harris available for the Friday's encounter.

Even though Saracens wing Sean Maitland missed out, Townsend described the outcome of the deal as "satisfactory".

"It's much more satisfactory than I thought it was going to be on Saturday, when none of our players were going to be available, and we were putting together a team of home-based players and Finn Russell," said Townsend.

"I'm glad we did get a resolution that some of the players would be available - not all of them, but most of them.

"It's a complex situation that the game was called off and put into a schedule where there are league games going on.

"In the past when Six Nations games were postponed they were played months and months later, or even in the following season.

"That's what happened last year and in 2001 with foot and mouth.

"To get a situation where we're playing the week after the end of the Six Nations, that's something the public would want.

"And in a Lions year it's good that we're not waiting until September or October for this match.

"So while we've not got all our players, everyone in our squad and our public are very keen that this game goes ahead this weekend.

"Sean Maitland was really disappointed, as was Jamie Bhatti, and the players who maybe would have come into contention.

"But the focus is now fully on the 15 and the 23 that are playing this week and are ready for this massive challenge."