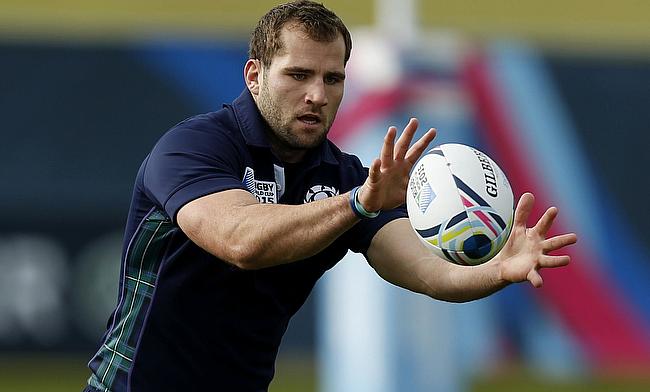 Fraser Brown has signed until 2020
©PA

Scotland international Fraser Brown has signed a two-year deal with Glasgow Warriors that will keep him with the Pro 14 club until 2020.

The news follows after Niko Matawalu and Jonny Gray also penned new deals with the Scotstoun outfit earlier this week.

Brown made his professional rugby debut with Edinburgh in 2010 and made his debut with the Warriors in 2013. He has also captained Scotland Under 20 team in Under 20 Six Nations competition and IRB Junior World Championship in 2009.

His senior debut for the Dark Blues came in 2013 and has gone on to make 29 Test appearances including the recently concluded autumn international encounter against Australia at Murrayfield.

"My desire and my family's desire was always to stay here. This club means a great deal to me as they gave me the opportunity to come back into the professional environment after I left Edinburgh," he told Warriors TV.

"Being at Glasgow Warriors has allowed me to push on with my national ambitions as well as helping me to develop, not just as a player but as a person as well. We've got a great group of guys here and it's a brilliant squad.

"Having the knowledge that the coaches at Scotstoun and the coaches at BT Murrayfield are going to look after us the best they can in terms of the rest protocols and the day-to-day management was definitely big part of why I wanted to stay at Glasgow.

"It's exciting to sign my new contract ahead of the 1872 Cup double header with Edinburgh. There is always something a little bit special and a little bit extra about these derby games."