Edinburgh will throw everything at Glasgow - Richard Cockerill 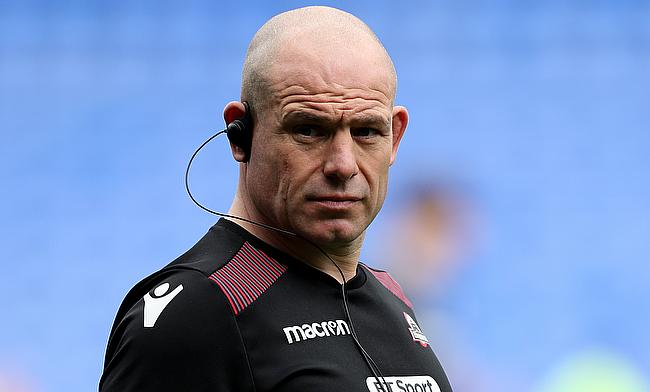 Richard Cockerill was keen to play down his side's chances
©PA

Edinburgh head coach Richard Cockerill insisted that his side will come hard at Glasgow in the upcoming Pro 14 encounter between the two the teams scheduled to be played at BT Murrayfield on Saturday.

The two sides go head-to-head in the first tie of the 1872 Cup at BT Murrayfield on Saturday, with the Warriors favourites to back up their success of last season.

Glasgow Warriors are the only side to remain unbeaten this season having registered 10 straight wins but Edinburgh have also gathered momentum with six victories from 10 games that sees them in the fourth position on Conference B.

"They are a good side and we need to make sure we get our game right," said Cockerill.

"If we win on Saturday, it won't be that we have solved all our problems and are the team to beat, and the same if we lose; we are a team that is growing and trying to improve and take small steps in the right direction.

"I think we have done that, but at quarter past five (on Saturday) there will be no love lost, we will go out there, fire our bullets and throw everything at them to try and win the game."

The Myerside outfit have won eight out of the last nine games spread across all the competitions but Cockerill downplayed his team's chances in the derby encounter.

"Glasgow have been the better side for a number of years but Edinburgh always find their best performances in this game," he said. "The players have spoken a lot about the 1872 Cup and what it means to play against Glasgow.

"We know over the last few years we always seem to be the underdogs, so it's an easier game for them to play in and get up for.

"We are looking forward to it.

"Glasgow are unbeaten in the league and have probably been the favoured sons between the two teams over the past few years, but we are starting to redress that balance a little bit."