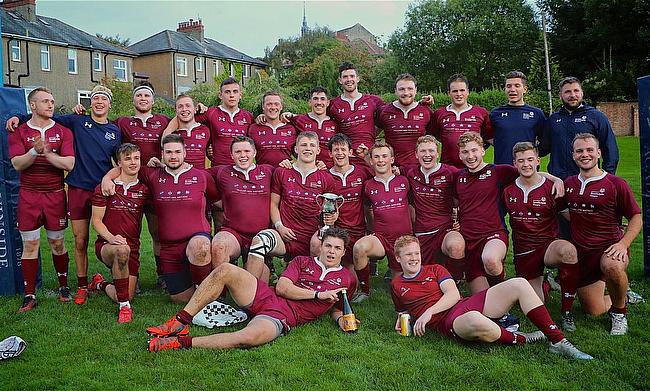 Scotland is gearing up for a weekend of Varsity action and before the showpiece event in Edinburgh, there is the small matter of a Glasgow derby taking place on Friday. Scottish Correspondent Gary Heatly previews the contest.

The Warriors have helped people in Glasgow fall in love with rugby with over 7,000 regularly turning out at Scotstoun to watch Dave Rennie’s men in Guinness PRO14 and European action.

Having lost out 11-10 in a tight clash last year, Glasgow are determined to put in a better performance and skipper Kerr Stoddart cannot wait.

The 21-year-old stand-off told TRU: “When I first started at university a few years ago the match with Strathclyde at this time of the year always had an edge, but both teams were just getting into the season and trying out new players.

“Fast forward to now and it is a ticketed event with a real buzz around it and it has been made into a bit of a showpiece game with it being played at Old Anniesland which is great for student rugby.

“In the next few years I hope it can grow to the same size as the match between Edinburgh and St Andrews [set to be played at BT Murrayfield on Saturday in front of a 10,000 crowd] and I think with the backing of both sports unions that it really does have that potential.

“From day one I have really enjoyed being part of the GURFC programme and things are really going from strength-to-strength here.

“In my first year we were in BUCS league Scottish 1A and as we have moved forward and up the leagues that has opened the UK up to us and we have played higher standards of opposition more regularly.

“The coaching that we receive at the university has also gone up massively and we now have development officer Stephen Leckey supported by a head coach, a backs coach, a forwards coach and a strength & conditioning coach.

“We are all good friends and it is all about putting together a performance in this match now.”

So, what can we expect from Stoddart - who is originally from Edinburgh and in his final year studying for a business and marketing degree - and his team on Friday night?

“It is a bit of a strange one because your biggest game of the season comes so early, but we have had a good two-week block of pre-season, everyone has worked really hard and I think we can put in a good showing against Strathclyde,” he concluded.

His opposite number Ross Thomson watched on from the sidelines in his first year and was keen to get involved after that.

#RugbyVarsity is only 5 days away!

There is nothing better than a game of rugby on a Friday, especially if that game is Strathclyde Vs Glasgow!
Come down to Old Anniesland on Friday & watch the biggest match of the season!

The scrum-half has become a key man in this Strathclyde outfit and said: “Last year it was a very tight game and took a bit of magic from Andrew Goudie [this season playing regularly for Stirling County in the Tennent’s Premiership] to see us through.

“This year, the game is even bigger and the end goal would be to get the game played at Scotstoun in a few years’ time.

“It is an honour for me to be leading the boys now while we are coached really well by the former Croatia cap Tonci Buzov who does a great job and his input has seen the club grow and grow in recent years.

“He has taken the first team up through the leagues and we hope to announce some other coaches who are coming on board in the not too distant future to help him out and help us continue to grow.”

Last year Thomson was in Hong Kong for one of his university semesters and gained vital experience playing for Hong Kong Scottish and rubbing shoulders with some top quality players.

The 21-year-old who is originally from Peebles and is in his fourth year of an international business with finance degree, explained to TRU: “Hong Kong was great for me and helped me come on as a player.

“I try and be a bit more vocal around the park now as all good nines should be and from what I have seen from the lads during pre-season, I think we have the makings of a good group this year.

“We know Glasgow will be desperate to win, but we know a victory would really give us momentum heading into the regular season.”

In the Glasgow side back-rows Ben Kenderdine and Ryan Sweeney could be ones to watch out for while Stoddart will look to control things from 10.

Full-back Harry Warr has had exposure to senior rugby in the Tennent’s Premiership with Ayr previously and will also be a key man for them.

For Strathclyde, loosehead prop Lyall Archer is a good player while Thomson will look to use his experience from his time in Hong Kong and winger Nigel Kelly has played regularly for club side GHA.