Gallagher Premiership Round Six: What did we learn? 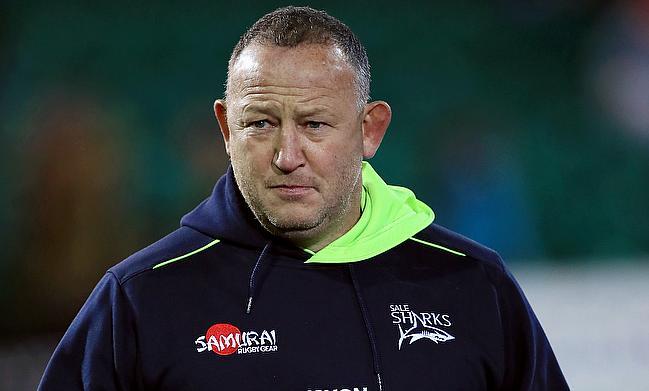 TRU contributor Greg Boon picks out some of his key moments from the final round of Premiership action ahead of the European break.

With 13 changes to the team that lost to Saracens last week, Bath’s 1st choice XV made a good start to the clash against Chiefs. They were physical and their line speed kept Exeter under pressure.

They were first to cross the whitewash, but soon became stuck on half way. Bath chanced their arm and repeated the rap around that had brought the earlier try.

At the second attempt, it resulted in a momentum killing interception. Minutes later, Freddie Burns was out of position, exposed by a Gareth Steenson kick and a Don Armand rounded it off with a lovely finish as he evaded Burns’ desperate effort to see the ball into touch.

Exeter were far from their best once again, but they sensed their chance and they knew when to risk it and kicked for the corner. Once they get momentum there is only one side in the Premiership who can stop them, and it’s not Bath. So, it proved when Ian Whitten powered through three defenders for the bonus point.

Todd Blackadder sacrificed last week’s match for fresh legs on Friday night and it worked, for 50 minutes. Then with a new front row and the physicality of Whitten, it was Exeter, not Bath who were enjoying running at tired bodies.

Rugby reacts as a family should

The East Midlands derby is always an emotional affair. It is rarely pretty, but always raw, always physical. This was a derby with more emotion and more at stake than just league position. This was an opportunity to give a player cut down in his prime a fitting send off.

If Saints players needed any motivation, the sight of Rob Horne’s jersey hanging over the England rose was an emotive reminder of the terrible accident in the same derby game last season.

We talk so much about concussion, but there is always the risk of so much more. Rob Horne’s injury is a highlighted this and no wonder it brought the rugby family together. Horne has spoken with admirable clarity and honesty after a life changing moment.

To the game itself, Jonah Holmes first half spark created two tries for Leicester which was enough to see them ruin Saints emotional day. Saints will rue their inaccuracies as the win was there for the taking in the second half.

The most competitive league in the world? Not this season

Premiership fans have spent the last few years waxing lyrical over the level of competition. It’s anyone’s to win we would say and boldly claim it is the most competitive league in the world. With two runaway leaders, the Premiership isn’t a competitive league. Granted, you can point to the crowded mid table but who’s competing for sixth place?

Exeter march on despite being a long way from their best. They reached those dizzy heights for 15 minutes against Bath and that was enough to leave the Rec with a win.

Quins threw everything at Saracens. They brought fire and brimstone in a performance that was all passion and heart.

Their defence was superb; they kept battling when many sides would have been barely hanging on. This was not a night for fluid attack, but to weather the storm and keep your heads. Owen Farrell’s boot kept Saracens in the game and as they emptied the bench the pressure told. It was a fantastic game, enthralling for 80 minutes and yet the result was inevitable.

Wasps were perhaps the only side to have been keeping pace with the top three until Gloucester turned up at the Ricoh to bring them down to earth with a crash. The Cherry & Whites superb bonus point win only underlines the difference between the top two and everybody else.

Who will beat the drop?

Going into the final round before the European break were two key clashes that will go some way to dictating who will return after the break looking over their shoulder.

Sale with talismanic fly half AJ MacGinty over powered Newcastle in a physical second half against a Falcons outfit weakened by the losses of Nikki Goneva and Toby Flood in the first period.

Both have struggled to get going. Sale in particular have stuttered this season but bounced back from a dire loss to Leicester Tigers to record a strong home win. Despite their lowly position at the end of this weekend, a top six finish still seems the likely result for Falcons.

Both Worcester and Bristol have drawn blood on occasion this season. Bristol beat Northampton Saints while the Warriors travelled away to Leicester Tigers and won at Welford Road. Reinvigorated by their new ownership, Warriors looked a different outfit this weekend. Worcester were excellent, precise in their basics with a cutting edge in attack.

While Warriors will feel they have achieved a watershed victory over their closest rivals, Bristol will dust themselves down and fancy they can return the favour at Ashton Gate.

The way Bristol play, they will be on the receiving end of some big scorelines, but their attack also looks the more likely to threaten teams, when it clicks. If landslides like this remain an anomaly, then the bonus points and odd wins will continue to give them breathing space.