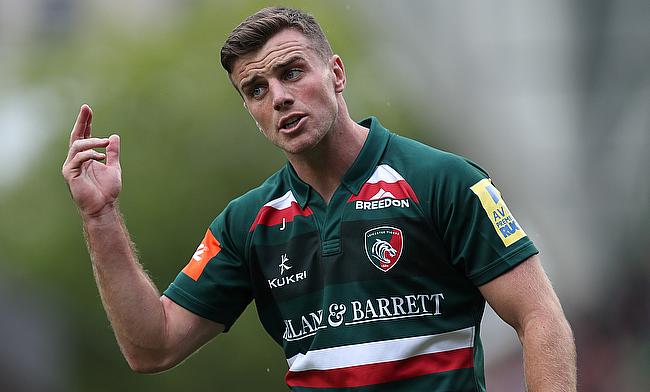 Leicester Tigers survived an injury to Jonny May as they completed a 15-23 victory in the round six of the Gallagher Premiership against Northampton Saints at Twickenham Stadium.

This is Leicester's third win from six games as they moved to the fifth position in the table while Northampton Saints are at eighth place with 10 points.

George Ford kicked a fourth minute penalty goal to get the Tigers off the mark but the visitors suffered a setback when May left the field in the eighth minute with a shoulder injury.

The home side capitalised on the momentum as Jamie Gibson slotted a 15th minute try but Ford with his second penalty kick in the 25th minute got the Tigers back into the lead.

The momentum was completed with Leicester Adam Thompstone with his offload sent Ben Youngs over the line in the 31st minute and immediately Jonah Holmes set up Jordan Olowofela for his maiden Premiership try. With Ford adding the extras on both the occasions, the Tigers had a 5-20 lead before David Ribbans with his try in the added minutes of the first half got the gap cut down to 10 points.

As the Saints were struggling with their defence, Ford pushed the lead to 13 points with another three pointer in the 57th minute and despite a late try from Mikey Haywood in the 69th minute, the Saints succumbed to a eight point defeat - their fourth this season. Earlier, Courtney Lawes was ruled out of the game with a back spasm.

The game was moved from Franklin's Gardens to Twickenham to raise money for former Australia international Rob Horne, who had a severe nerve damage and paralysis in his right arm.