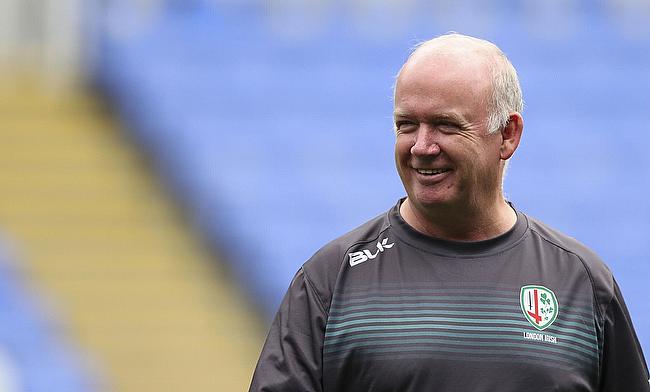 At the end of last September, London Irish beat Exeter Chiefs for the first time in more than five years.

Taking place at Sandy Park, the Exiles put an inexperienced Exeter team to bed as they clinched a 22-19 win. In that game, the lead changed hands five times in the first half before Augustin Creevy’s try in the second period ultimately meant victory for Declan Kidney’s side.

Just as Irish's press conference was beginning this week, it was announced that the former Los Pumas captain would be extending his stay in the capital. Having contributed five tries in 12 appearances, Creevy is one of a band of experienced players who is helping the side consolidate themselves towards the top half of the table.

At the age of 35, Creevy offers 89 caps worth of international expertise, whilst Sean O’Brien brings his Ireland and British & Irish Lions experience to the table with Nick Phipps, Rob Simmons and Adam Coleman adding some Australian nous.

“We have a lot of younger members and London Irish has been a very good servant to English rugby,” Kidney told TRU. “There is a lot of players who have come through its Academy and haven’t always stayed with the club.

“One of the things we have recognised, when Les [Kiss] and I started, was that maybe we needed to bring in a few fellas that our younger players will have a chance to look up to and try and aspire to be.

“We have a couple of younger lads in the Academy. Ben Atkins and a couple more are all coming through the hooking position too and what they can pick up by training with and against Gus [Creevy] is immeasurable.

“You can set up all the training sessions that you want, but when you get someone with the generosity of his character, who is willing to share all his knowledge, then it is a massive opportunity for these lads to pick up that experience, especially in a year when there is so few other matches.

?? | London Irish can confirm that @agustincreevy has penned a new deal with the club.

Very excited to see more of Gus in green ??

“I can only imagine what it is like in Championship clubs and trying to keep teams ticking over when there are no matches going. We are the lucky ones that get to go out and play, so the fact that Gus is sharing that with younger guys, in a year when there is no matches, it is a great thing for their experience gathering.”

Over the years, London Irish have seen Anthony Watson, Jonathan Joseph, Marland Yarde and more leave the club in search of brighter horizons, however, it is hoped that the current crop of promising youngsters will stay with the Exiles as their journey continues.

Having left the Madjeski Stadium after 20 years to share the brand new Brentford Community Stadium with Brentford FC, the long-term hopes of the club are pinned on Ben Loader, Ollie Hassell-Collins, Ben Donnell and the rest of their contemporaries as Irish look to progress up the table.

Having been relegated on two occasions since the 2015/16 season, the side currently sit sixth in the Premiership standings, having recently bagged back-to-back bonus-point wins over Newcastle Falcons and bottom of the table Gloucester.

As a result, Kidney’s team find themselves just a point off fourth-placed Harlequins and eight points behind Premiership leaders Bristol. Whilst their position has certainly been boosted by the awarding of points for games that were unable to take place because of Covid-19, their last two wins are all their own doing.

The last time the club experienced defeat was in December when Sale Sharks came to town and overcame the Exiles 21-13, but their next three games are certainly going to be a challenge.

Playing Exeter this weekend, then Bristol before a trip to Wasps, scrum-half Ben Meehan believes the group is extremely settled and are eager to produce even more positive performances.

“I can’t really comment on years gone by,” the Australian said. “I was there, but I was just trying to find my feet in those first couple of years, but it definitely feels like a different sort of group.

“We seem to click as a group, we seem to want to work seriously hard for each other and I think we are starting to see a few results, but we know that is nowhere near enough. That is definitely not what we want, a few results, we want a lot more as a group.”