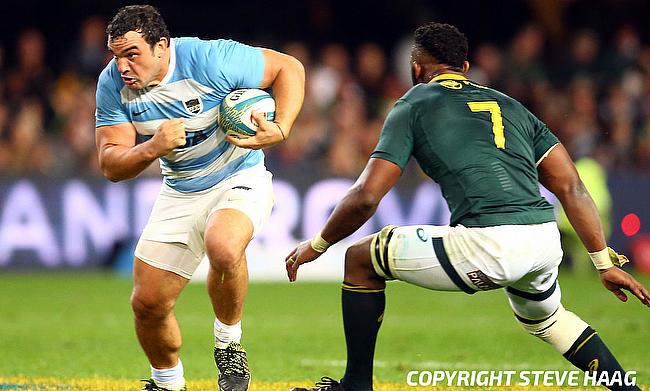 London Irish have confirmed that Argentina international Agustin Creevy has penned a new deal with the Gallagher Premiership club.

Creevy joined London Irish in August last year and since then has gone on to make 12 appearances for the club including 11 Premiership games.

The 35-year-old also represented Biarritz, Clermont, Montpellier and Worcester Warriors in the past before featuring for Super Rugby side Jaguares between 2016 and 2020. He also played 89 Tests for Argentina including 15 World Cup games spanned across 2011, 2015 and 2019 editions.

“I am delighted to be staying at London Irish and to continue the journey that we are on” said Creevy to the official website of the club.

“My family love it here in London and ever since we arrived last year, we have felt at home. I am now looking forward to focusing on my performances on the pitch to help the team as much as I can.”

London Irish director of rugby Declan Kidney is pleased with Creevy extending his stay at the club.

“We are very happy that Agustin has agreed to extend his time with us” he said.

“Agustin is a consummate professional and a great influence for everyone at London Irish.

“He has made a big impact both on and off the pitch since he joined up with us and we look forward to seeing this grow over the coming years.”

London Irish are positioned sixth in the Gallagher Premiership table with three victories from eight matches.