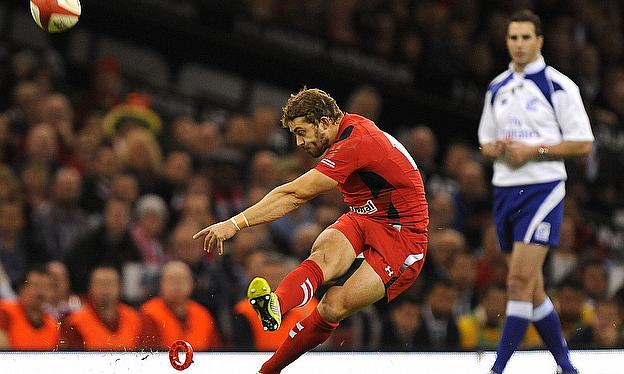 Can Wales beat the All Blacks this weekend?
©Press Association

There is plenty of rugby union for fans around the world to debate this coming weekend. Talking Rugby Union have shared several articles this week, centred on Stuart Lancaster and his England team.

There is more to the world of rugby than England and we turned to our expert sat in New Zealand, Scott Donaldson.

Most of these games should be close with teams’ fine tuning their skills before the Rugby World Cup 2015. Some matches are at neutral venues which make them hard to pick, while some teams aren’t at full strength which could cause problems for tipsters.

Also, with some teams playing at home likely to gain a significant home advantage in their own conditions. This will probably help the likes of England, Ireland, Scotland, Wales, France, Romania and Italy this weekend, so expect some tight scorelines.

There are some mouth-watering fixtures with Ireland vs Australia probably the toughest to pick, along with Romania vs Canada, and Georgia vs Japan.

The other games are probably a little easier to pick this week with the New Zealand All Blacks, England, Scotland, Fiji, South Africa and France likely to win.

It is interesting to see how team go according to their World Rugby rankings with teams like South Africa, England, New Zealand and Fiji expected to win easily, but the recent trend with the November Autumn Internationals is for closer than expected games.

England has never lost to Samoa, and given the recent turmoil with the Samoan players and administrators, we will be lucky to see a game take place. This Samoan team is useful, featuring a team of mainly New Zealand developed players most of whom are plying their trade overseas now.

England has reverted back to their traditional ways with their rolling maul their most dangerous weapon and Owen Farrell will play in the midfield. This is in many ways a backwards step for them, although the conditions have hardly been conducive to free flowing rugby. Expect the big England forwards to blunt the Samoans.

Australia won last time these two teams met in Ireland, but a lot has changed since then with Ireland’s Kiwi connection, Joe Schmidt, turning this team into genuine contenders for the Rugby World Cup 2015. This team dismantled the impressive Springboks two weeks ago and Georgia last week.

Ireland are up to third in the rankings and look like the biggest threat to Southern Hemisphere dominance at the Rugby World Cup 2015. With Jonny Sexton running the cutter for this impressive team, it will be a hard match for the Wallabies.

The Wallabies themselves have some excitement with new winger Henry Speight likely to debut for the Wallabies and along with his Fijian counterpart Tevita Kuridrani, they could cause problems for the Ireland defence.

Expect this game to be close. The Wallabies have had a narrow win and a loss on this tour. Ireland has only won 5 from 17 at home against the Wallabies and lost comfortably the most recent time two years ago, but they are a different team now.

This game is special for the All Blacks and expect the most polished performance of their Autumn International tour this week against Wales. Wales has struggled against the All Blacks recently, not beating them since 1953 and this is the All Blacks final test of the season which doubles as national hero Richie McCaw’s 100th test as captain, which is a world record.

It is interesting to note that McCaw first captained the All Blacks ten years ago (almost to the day) in his first test as captain back in 2004, against Wales. On that day, New Zealand won by a solitary point, 26-25.

Wales welcomes back Jonathan Davies into the midfield, while both teams have huge changes from last week when they rotated their squads against Fiji and Scotland respectively.

New Zealand could be showing their cards before the Rugby World Cup 2015, with Beauden Barrett and Charles Piutau adding some youth to their experienced team.

France is two from two in the November Autumn Internationals and should be too strong for Argentina.  The Pumas lost to Scotland first up and only just beat Italy last week, so they might struggle against France.

While you never know with the French, surely they will be too strong for Argentina, who have been disappointing.

France holds a 34-12 advantage overall head to head with Argentina, but since 2000, Argentina leads 8-5. France has won the last two games between these teams comfortably. Expect France to win at home.

The Springboks have resisted the urge to make too many changes to their team for their match against Italy.  Italy have dropped to 14th in the World Rugby rankings, but the main talking point for the Springboks is seeing how Johan Goosen goes at fullback.

Otherwise, there have been limited changes compared to what the likes of Ireland and New Zealand did last week.

Fiji looks strong and should beat USA comfortably. They almost stunned Wales last week, while the USA were easily beaten by Tonga. Expect a comfortable win for Fiji.

For me, this is the toughest game of the round to pick. Romania has lost both games at home to the USA and Japan, while Canada lost to Samoa last week. These sides are evenly ranked in the World Rugby rankings. I am picking Canada, just.

Scotland and Tonga have been two of the form teams of the November Autumn Internationals. That makes this match difficult to pick with such a contrast of styles. Scotland needs to win this match if they are to build for the Six Nations.

Tonga won the last match between these two teams, but expect Vern Cotter to coach his troops to victory over Tonga, but only just.

Georgia has been disappointing with comfortable losses to Tonga and Ireland. This game will be another contrast of styles. Japan struggled to put Romania away, and expect a similar challenge and scoreline when Georgia and Japan meet.