100th Test as captain for McCaw 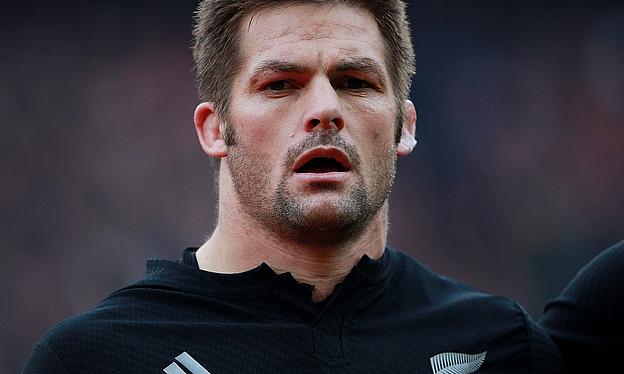 Richie McCaw will become the first rugby union player to captain his country in 100 Tests when New Zealand face Wales at the Millennium Stadium on Saturday.

It is somewhat fitting that McCaw will achieve the milestone against Wales as they were also the opponents when he captained the All Blacks for the very first time a decade ago.

McCaw, who has led New Zealand to 87 wins in his 99 Tests as captain to date, spoke of his pride in playing for and leading the All Blacks at Thursday's team announcement in Cardiff.

He said: "I always just remind myself it's a privilege every time you get to play for and captain the All Blacks. I enjoy doing it and to do it for as long as I have I guess I have had a huge sense of enjoyment and learnt a lot doing it.

"To get to a hundred (caps as captain) is something that I'm obviously quite proud of, but you can't do it without a good bunch of people around you, that's something I always bear in mind."

All Blacks coach Steven Hansen paid tribute to the three-time IRB player of the year while unveiling his starting XV for the weekend encounter against Warren Gatland's side.

"On behalf of the team and myself, we would like to congratulate Richie on the impressive milestone of captaining his country in 100 Test matches," Hansen, who coached Wales between 2002 and 2004, said.

"There is no doubt his leadership has grown phenomenally over the years and he is now one of the all-time great leaders of any sports team."

On Saturday's game, Hansen added: "It's always a great occasion to play at Millennium Stadium, which is one of the great stadiums in the world. We have had a good week's preparation and we are expecting a physical Test with a high ball-in-play time.

"We know we will have to be totally engaged in our own roles for the full 80 minutes and take the game to the Welsh at every opportunity."

Hansen has made 12 changes to the side that secured a 24-16 win against Scotland last Saturday, with Ben Smith, Charles Piutau and McCaw the only players to retain their place in the starting XV.

Dan Carter, who made his first Test start of the year in last weekend's encounter at Murrayfield, is not included in the match-day squad, nor is Aaron Cruden, who was given the nod at 10 against England seven days earlier.

Instead Beauden Barrett will start at fly-half, alongside scrum-half Aaron Smith, who was rested for the Scotland clash.

Ben Smith starts a second successive Test at full-back after a Rugby Championship campaign which saw him play in no fewer than three different positions, while Julian Savea and Piutau will play on the wings.

Sonny Bill Williams, who became a father for the first time on Tuesday, partners Conrad Smith in midfield.

In the pack, McCaw is joined in the back row by Kieran Read and Jerome Kaino, while locks Sam Whitelock and Brodie Retallick return to the second row.

Hooker Dane Coles, who was sin-binned during New Zealand's victory over England, will be flanked by props Wyatt Crockett and Owen Franks in the front row.