From sitting school exams one week to facing the haka the next: Rory’s remarkable rise 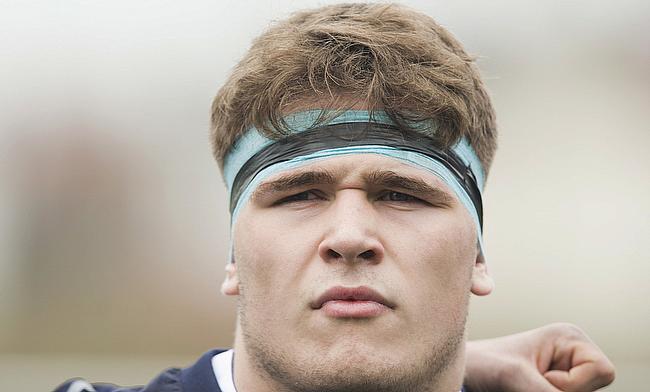 Shark attack: Ewan embracing the World Championship with Scotland under-20s
Hendrikse steers South Africa U20 to 43-19 win over Scotland
Tom can Marshall the troops and be a key man for Scotland in Argentina

We have all had that feeling when your mind drifts to thoughts of other things while you are sitting a taxing exam.

And although Rory Jackson will have been fully concentrating on his advanced higher geography paper at the end of last month in an Edinburgh exam hall, you can perhaps forgive him somewhat for having rugby on the brain.

That is because the day after his final school exam, 18-year-old Jackson was on a flight to Argentina to join up with the Scotland under-20 squad at the World Championship.

Jackson, who will leave the Edinburgh Academy this summer, was a late call-up to the party after Angus Fraser was unfortunately injured in the lead up to the showpiece event and was forced to pull out.

Head coach Carl Hogg had faith in schoolboy Jackson to do a job and so far in Pool C he has done a grand job against South Africa and New Zealand.

Rory to start against the All Blacks in the second @WorldRugby U20 match. Good luck?????? https://t.co/nP1xOXz3S0

The Scots may have lost the games 43-19 and 52-33 respectively, but they have shown enough quality in spells during both to feel confident heading into Wednesday’s final pool match with Georgia.

“It has been a mind-blowing couple of weeks,” Jackson, the former under-18 and 19 cap told TRU.

“I knew there was a possibility that a call-up might happen, but I had no idea whether it would happen or not.

“I had played at under-18 and under-19 levels for Scotland before, but nothing can prepare you for coming up against the likes of South Africa and then starting against New Zealand.

“It is a new sort of level of rugby for me with the size and speed of the guys and it really has been an amazing experience.

“Facing the haka is an interesting experience because you are kind of in your own world getting really for the game and then it suddenly starts up and the New Zealanders are screaming at you!

“It psyches them up for the game and it is an amazing spectacle, but you just have to really focus on the job in hand, but it is certainly not an experience I will forget in a hurry.”

Although still at school, Jackson played some senior rugby for Edinburgh Accies in the Tennent’s Premiership during the season just past.

He believes the experience has helped him prepare for the challenges he is facing in Rosario and he will be on the bench for the Georgian test.

“With Scotland under-20, we are obviously not the biggest front-row units around, but in both the South Africa and the New Zealand games to date, we have managed to punch above our weight and we are learning all of the time,” the teenager explained.

“We are pleased with how we have done in parts in the first two games and I think we surprised ourselves slightly in the New Zealand game by just how many points we managed to put past them, but now the only focus is this final pool game against Georgia.

“We are feeling confident going into it. The main thing we need to focus on is our scrum and our maul defence because the Georgians are going to bring some real force at us.

“We have watched their games and know they are a good side, so it should be a good match.”

Read the report and reaction as Scotland U20 earned a losing bonus-point in a 1?3? try thriller against New Zealand U20 #AsOne ??https://t.co/Y52esH9akJ

On Jackson, head coach Hogg said: “He’s been on our radar for a wee while. We lost Finlay Scott during the Six Nations, plus we lost Gus Fraser just before we came out here, but it’s a huge opportunity for him.

“He’s physically a very big man, so I don’t think the physical demands of the game out here are a burden for him. It has been good to see how he has adapted to the higher pace and the higher intensity, at this level.

“New Zealand presented different challenges from South Africa, we had to work really hard for our five tries, but to go to the next level we have to make sure that we don’t give away soft tries. At times we let the pressure valve off.

“We got within touching distance of New Zealand and could have come away with two bonus points. The performance has given the boys huge confidence and we’re now looking forward to the game against Georgia.

“They will offer a different style. We can expect them to be very strong at the set piece, so we’ve got to make sure our discipline is top drawer.

“If we continue to display that battling spirit and play intelligent, smart rugby in the right areas of the field - like we did against New Zealand - then I’ve got every belief this squad can take the next step in this Championship.”

After this event Jackson , will return to the Edinburgh Academy for a few days before he and his school mates leave for good - and there is no doubt he will have some cracking stories to tell them from his Argentinean experience.

Scotland v Georgia takes place in Pool C of the under-20 World Championship at 10.30am local time (2.30pm UK time) on Wednesday